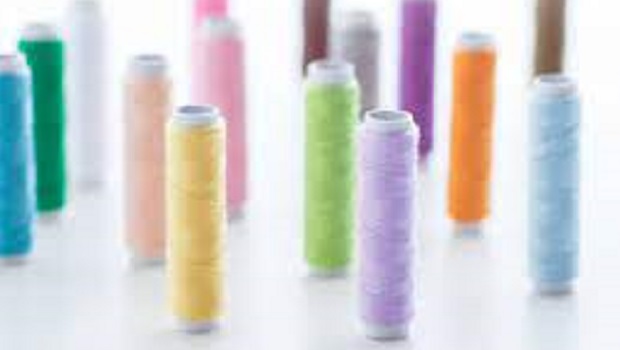 
Ring spinning was invented by Thorp, back in 1828. To date, the concept of ring frames remains same. Ring spinning systems have been refined in order to gain higher production speed combined with adequate quality. By far, ring spinning is the most widely used spinning technique in the world due to its versatility and good quality yarn manufacturing.

Market trends
While in India 67 % consumed fiber is cotton, which is more than the double of global cotton consumption, trends shows that polyester (PET) is and will be leading the global market. It can be produced with good quality on a vortex machine. Another major reason for the lack of popularity of vortex is the hairiness produced. Hairiness gives comfort to the wearer which is prioritized in Indian market. However, hairiness has various adverse effect on the environment and microfibers pollution accounts for the most [3, 4].
Effect on the yarn and fabric structure
Murata Machinery Ltd., Kyoto/Japan, had studied the effect of ring and vortex spinning technology on yarn and fabric characteristics. The results are:
Hairiness
-           Ring yarn
No untwisted part is present. Some degree of twist is present throughout the yarn, from the center to the surface of the yarn. In uneven yarn thickness areas, the twist will be high in the thinner section and low at the thicker section resulting in high hairiness [5].
-           Vortex yarn
Twist is prominent toward the outside of the yarn, while at the center of the yarn, fibers are parallel. 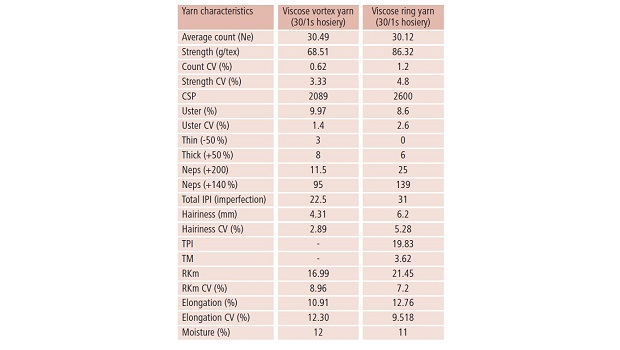 Lint comparison
Lint refers to suitable long fiber for producing yarn, separated from strand of fibers during spinning or knitting process. Lint is extremely harmful for the machine operators as inhalation of excessive amounts of lint can cause diseases of the lungs, such as byssinosis. From referred data it can be stated that vortex spinning produces less lint as compared to ring spinning [5].

Effect on twist structure of ring and vortex yarn
Ring spinning is a continuous spinning process in which twist is inserted into a yarn by a small circulating traveler. While in the vortex system, drafted fibers are introduced into a spindle orifice by an air vortex. While entering and passing through the orifice, fibers are twisted by the swirling air [5].

Effect on viscose yarn characteristics
To understand the effect on yarn characteristics, 100 % gray viscose 30/1s hosiery grade yarn was manufactured using ring and vortex spinning technologies.
Lot No. Ring Viscose = V130130 and V130140 (29/09/2019)
After spinning both the yarns, they were tested on tensile strength tester. 50 yarn samples each having length of 300 mm were tested and results were calculated as per ASTM D2256. 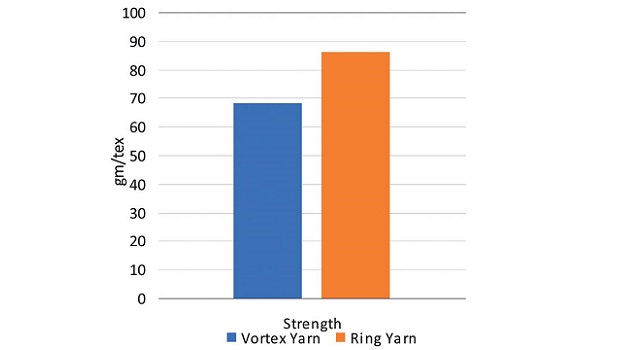 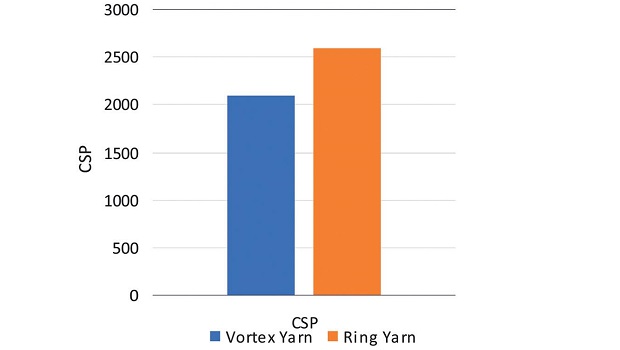 Fig. 2: CSP of vortex and ring spun yarn (Source: DKTES)
Ring spun yarn has greater CSP value than vortex yarn (Fig. 2). This is because CSP value is directly proportional to the strength of yarn.
Other properties of vortex and ring yarns (Fig. 3) are:
•        The number of imperfections is less in the case of vortex yarn comparatively to ring yarn due to its more uniform structure.
•        Hairiness is less in case of vortex as the structure is uniform and each fiber is guided properly into the fiber body.
•        Moisture absorption is good in vortex yarn than ring yarn due to its positive absorption and diffusion properties. 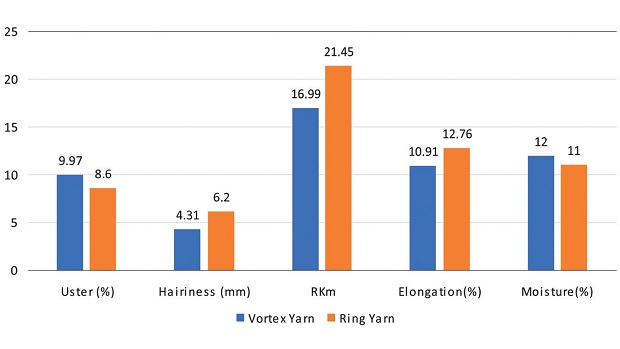 Fig. 3: Other properties (Source: DKTES)
Effect on other factors

Costs – productivity
When fiber bundles pass through the nip, they are affected by the vortex and lead to slightly reinforced and folded structure that can later be twisted less by the traveler and the ring. Also, it does not require high-speed rotating mechanical parts, so production increases. One vortex head is equivalent to 20 ring spinning spindles as vortex spinning can achieve the delivery speed of 550 m/min.

Table 2: Cost comparison of vortex and ring spinning
Conclusion
Considering the analytical results, vortex yarns slightly have the upper hand towards hairiness and moisture regain, whereas it is slightly lower in strength, CSP, Rkm.
Uster % is greater whereas elongation was less in vortex yarn than in ring spun yarn. The resistance to pilling and abrasion is better in fabric woven/knitted with vortex yarn. Both ring and vortex spinning technologies have their pros and cons. Which type of technology to is be used depends on the end-use of the yarn. Considering versatility and strength of yarn, it is hard to beat the ring spinning process.
Vortex spinning is a growing technology and has the potential to overcome its drawbacks, while ring spinning is conventional established technology and no other technology has been able to thoroughly replace it.

This article was published in melliand International 3/2021