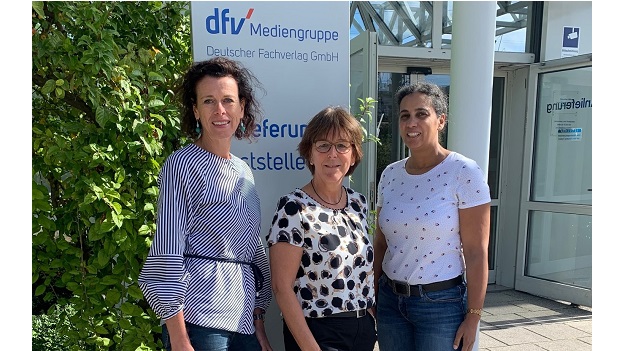 For more than a century now, melliand Textilberichte has been providing information on new developments in the textile industry – making the magazine the world's most rich in tradition textile technical journal! The 100th anniversary of melliand Textilberichte in 2019 was an occasion to look back, but above all a task for the future.

melliand Textilberichte (MTB) was launched in 1919 by Marcel Melliand (1880-1943), who came from Alsace and founded a trading and chemical company in Mannheim/Germany. Melliand first published an offer sheet for textile machinery occasions, then, after he had bought up the “Färber-Zeitung”(Dyeing Newspaper), which had been published by Julius Springer Verlag in Berlin/Germany since 1889, he founded the new trade journal “Textilberichte über Wissenschaft, Industrie und Handel” (Textile Reports on Science, Industry and Trade) as its publisher. For the first time, a journal was published that provided information on all areas of the textile industry. In 1926, Melliand moved the growing publishing house from Mannheim to Heidelberg/Germany and increasingly sought cooperation with national and international associations, societies and scientific institutions. From January1927, MTB appeared in international versions in English, French and Spanish. During World War II, MTB was classified as important for the war effort and appeared without interruption until March 1945 and then again from April 1946, but its international importance initially declined. In April1949, Marcel Melliand's son Manfred Melliand took over the business as editor, publisher and personally liable partner of Melliand Textilberichte KG. In1964 the bilingual specialist magazine “Band- und Flechtindustrie” (Narrow Fabric and Braiding Industry) was published for the first time and from 1972 MTB was published again worldwide in English. The current phase of MTB development began in the early 1990s. In 1993, Melliand Textilberichte GmbH was taken over by the Deutscher Fachverlag GmbH (today dfv media group), Frankfurt/Germany. In spring1994, the publishing house moved from Heidelberg to its current headquarters in Frankfurt. 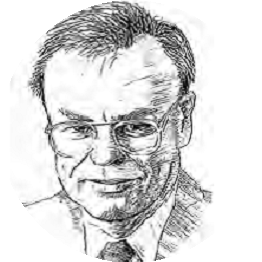 Hans-J. Koslowski
After 44 years as a publisher, Manfred Melliand went into retirement and Hans-J. Koslowski took over the overall editorial management. Koslowski had already started his career as an editor in 1971 at the publishing group Deutscher Fachverlag and became editor-in-chief of the magazine “Chemiefasern & Textilindustrie” (Chemical Fibers and Textile Industry) (CTI) in September of the same year. With the takeover of MTB, Koslowski further developed the thematically similar trade journal CTI into the 2 different trade journals “Chemical Fibers International” (CFI) and “melliand Textilberichte”. Also under his management, the magazine “Industrietextilien”, initially a special in CTI, was expanded into the bilingual journal “TechnischeTextilien/Technical Textiles” (TT) following the acquisition of the magazine “TechnischeTextilien”.

In April 1994 the first MTB issue from Frankfurt was published. melliand International (MI) – the English-language trade journal for the textile industry in Europe and overseas – was published in its current form for the first time in 1995 and has since made a name for itself worldwide. The Chinese edition melliand China appeared for the first time in 1997 – together with the former China Textile University in Shanghai/China – today it is published monthly in cooperation with Donghua University, Shanghai/China. Hans-J. Koslowski was also the guiding light behind the Techtextil trade fair, which has been held in Frankfurt since1986 and is now firmly established as the leading international trade fair for technical textiles and nonwovens. Since April 2009, textile engineer Claudia van Bonn has been editor-in-chief of all publications of the dfv media group in the area of textile technical journals and, together with Mechthild Maas (also a textile engineer), has taken them into the digital age.

...a glimpse into the future

In the foreword to the first edition of the melliand Textilberichte on July 1, 1920, Marcel Melliand formulated the vision “to offer the rising textile sciences a platform worthy of both the expansion and the technical significance of the textile industry and intends to contribute to giving it a position equal to that of the sciences”. From today's point of view, this vision has been completely fulfilled, and textile technology has developed into a highly innovative branch of science with a wide range of application areas including vehicle construction, civil engineering and aerospace technology. After more than 100 years, the focus should therefore be on the future: Where are textile technology and the textile industry heading, what vision is MTB following today? We are witnessing the megatrend of digitization, which is fundamentally changing the textile industry and creating new risks and opportunities. Digitalized automation technology is currently changing the production of textiles at a rapid pace, and new areas of application are emerging: “Smart textiles” combine textile and digital technologies and are proving to be a driving force behind innovations in medical technology, among other areas. The rapid digital change increases the need for orientation and classification of events: quality journalism is in demand. Today, our current journals are the reliable print magazines for forward-looking scientific papers, and provide information on developments in the textile industry and textile machinery engineering. They address technical and commercial high-level personnel in the textile industry with contributions from all areas of the textile industry, supplemented by current articles from universities and institutes, federations and associations. The megatrend digitalization is also changing reading behavior – in a flood of information there is often little time for reading longer articles, so a competent selection of articles by expert journalists is crucial. In the tradition of Marcel Melliand, we above all see the possibilities of digitalization and have founded a new platform: textiletechnology.net. Since April 21, 2021, we have been offering the international textile industry a platform that bundles information, technical innovations, market developments and reports from research and industry. With a topicality that was unthinkable 100 years ago, we summarize the essential news and report on important developments, events and innovations from Germany, Europe and the world.

The second megatrend of our time, apart from digitalization, is of course globalization. 100 years ago the textile industry was already a pioneer of globalized production and marketing, and Marcel Melliand was a pioneer of international specialized journalism –today, our trade magazines form the leading media of the globalized textile industry. We consistently focus our attention on global developments and their local consequences for companies. After more than 100 years of quality journalism, we understand our textile technology media as the information platform for the digital and global future of the textile industry. 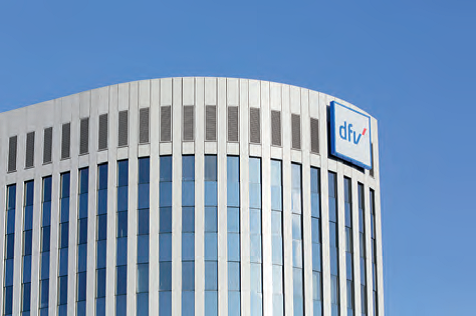 In January 2014, the Deutscher Fachverlag was renamed dfv media group, which together with its subsidiaries currently publishes around 90 trade journals and has more than 90 digital offers. Developed as an event organizing subsidiary of the dfv media group, the dfv Conference Group develops, organizes and designs congresses and conferences for a wide variety of industries and topics. Founded in 1946, the dfv media group is one of the most successful companies in its sector in Germany and Europe. It has more than 940 employees in Germany and abroad and achieved a turnover of approx. € 140 million in 2019.