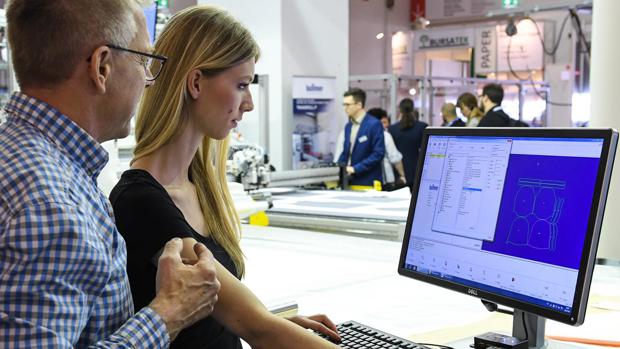 On the opening day of the Texprocess and Techtextil, on June 21, 2020 in Frankfurt/Germany, the Texprocess Innovation Award has been presented. The award-winning new developments from areas such as New Products, Sustainability and Automation demonstrate: Textile innovations and technologies provide impulses for many branches of the industry and promise market and sales success far beyond their own sector.
In the "New Technology" category of the Texprocess Innovation Award, as many as 3 winners will received the prestigious award this year:

Cold gluing robot is set to revolutionize seam bonding
The welding and sewing machine manufacturer Vetron Typical Europe GmbH (Germany) is being honored for a new type of cold gluing robot. For the first time, it is to perform the sealing of seams with adhesive tape on the reverse side completely automatically. Cold gluing, for example for decorative seams on dashboards or closing seams in outdoor clothing, is state of the art in many industries. But because the adhesive tape has to be cut off manually, the technology could not be combined with the high demands of process automation, for example in the automotive industry. Until now. For the first time, the new special robot applies the adhesive tape in an automated process and also cuts it off automatically using a tape cutter.

Increasing productivity and reducing fatigue of sewing machine operators.
The 3d winner in this award category is Juki Central Europe (Poland), which has developed an AW-3S automatic bobbin thread winding and feeding device. This not only automatically calculates the amount of bobbin thread required when loading a sewing pattern, but can even change the sewing thread automatically, according to the manufacturer. AW-3S is thus designed not only to increase productivity, but at the same time to save operators from having to change the sewing thread manually. This reduces staff fatigue, allowing them to concentrate more on production and quality control.

Advancing digitalization in the sewing industry
The industrial sewing machine manufacturer Dürkopp Adler receives the Texprocess Innovation Award in the category "New Digitalization" for its software module "QONDAC Guided Working". The company from Bielefeld/Germany wants to take digitalization in the sewing industry to a new level. In interaction with programmable sewing machines, QONDAC Guided Working is intended to become the good link between planning, operating personnel and machine by supporting processes from production planning to the last work step at the final workstation. In addition, manual workstations or conventional sewing machines can also be easily integrated into the network.

For the 16th time, the Innovation Awards at the leading trade fairs Techtextil and Texprocess offer an excellent platform for cross-industry exchange between players from business, science and politics and for initiating forward-looking cooperation.
Until June 24, the innovation can still be seen in Hall 9.0. 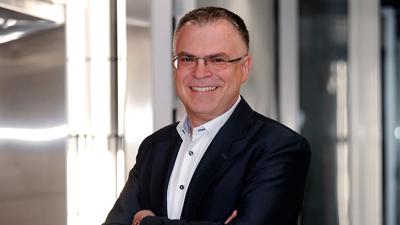 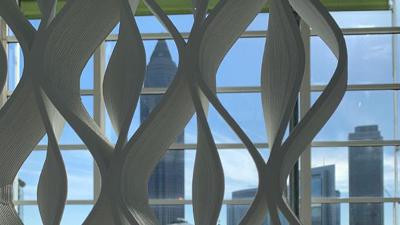 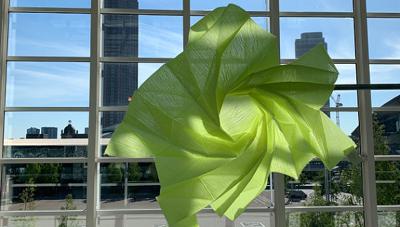 Techtextil/Texprocess
Diverse innovations with a focus on sustainability