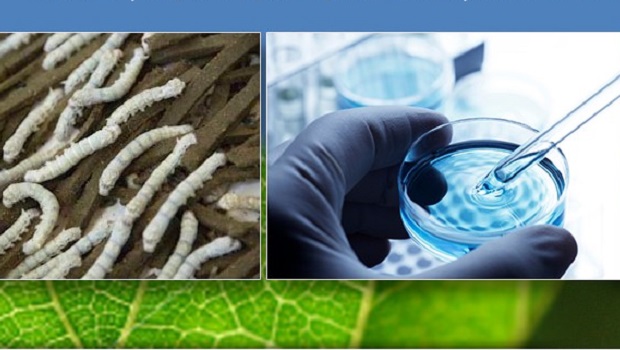 Challenge testing on 2 lines of immunity enhanced silkworms is being planned by Kraig Biocraft. These silkworm lines were developed by the company to combat 2 of the biggest challenges facing the global silk production industry.
It has been reported that as much as 50% of all losses in silk production result from a single widespread virus. With no effective treatment, this virus results in countless millions of dollars of economic losses each year. Kraig Biocraft Laboratories, Inc., Ann Arbor, MI/USA, realized that the technologies it was developing for other applications could be used to significantly reduce these losses in the silk industry. Specifically designed to target and combat this virus and other pathogens, these new transgenics are now preparing to undergo challenge testing. These new disease-resistant lines of silkworms are intended for licensing into the global market for mundane silks to combat pathogenic viruses and fungi. The company expects to make these lines of resilient silkworms available for commercial licensing shortly after the conclusion of successful challenge testing.