85th anniversary: behind the scenes 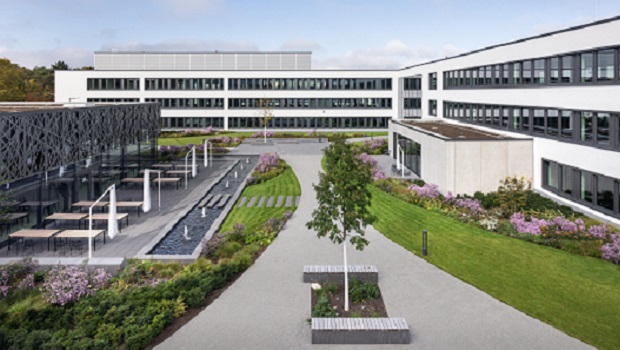 
This year, the Karl Mayer Group turns 85 years old. The company is using this anniversary as an opportunity to pay tribute to the people behind its success story. Over the years, what was once a family business has developed into an international group of companies at the top of its markets.
The history of the Karl Mayer Group, Obertshausen/Germany, is also a history of change. The company was founded in 1937 as a mechanical workshop, delivered the first warp knitting machine in 1948, and subsequently expanded internationally. Milestones of continuous growth were the establishment of the first foreign subsidiary in Clifton, NJ/USA, in 1956, an early presence in Japan - as early as 1968 - and the establishment of a subsidiary in the main market China in 1995. Today, the group has additional foreign sites in the UK, India, Italy, Hong Kong, Bangladesh and Switzerland, and agencies in all parts of the world.
»Today, we look back on a group of companies with strong roots and business activities in the main sectors of the textile industry. Like this industry, we are globally positioned and therefore close to our customers. Where we are today is thanks to an international team of people with innovative ideas, passion and the courage to set off. We are looking forward to celebrating our anniversary in the spirit of togetherness.«
Arno Gärtner, CEO, Karl Mayer Group
The group also continued to expand in the recent past: in 2020, the flat knitting machine manufacturer Stoll was acquired, and since 2021, the new Beyond Textile Business Unit has been committed to growth outside its traditional business areas in the textile world. Today, the Group offers solutions for warp knitting, flat knitting, technical textiles, warp preparation for weaving, and digitization, and combines the Karl Mayer, Stoll, and KM.ON brands under one roof for this purpose.
In its anniversary year, the Karl Mayer with its 3,100 employees from over 20 nations, is presenting joint projects under the motto "growing together".
The anniversary is also the theme of the upcoming trade fair participations. This year, the company will be taking part as an exhibitor at Techtextil in Frankfurt/Germany and the ITM in Istanbul/Turkey in June, ITMA Asia in Shanghai/China in November, and India ITME Noida near Delhi/India in December.
Finally, customers and other interested parties in the industry can look forward to a very special anniversary treat: a new digital platform with specialist news on all the group's technologies will go online just in time for the anniversary. The new media format also takes over the information offered by "Kettenwirk-Praxis". 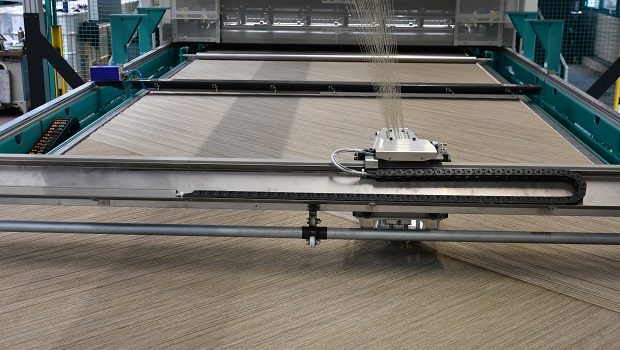 Presentation highlights at the JEC will include a snowboard made from a non-crimp fabric. » 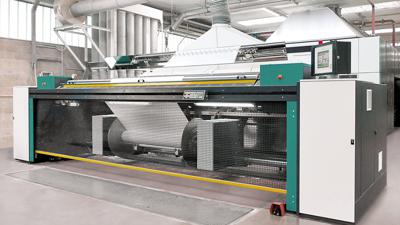 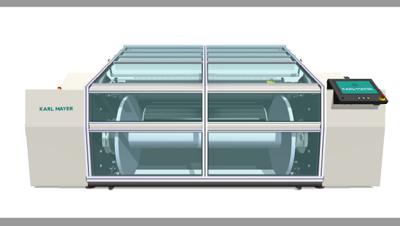 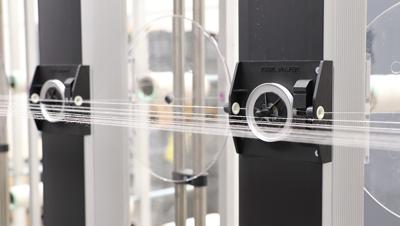