120 years of textile education in Mönchengladbach 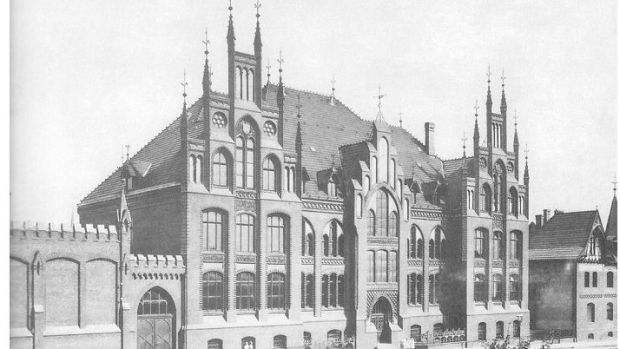 On April 15, 1901, the starting signal was given for textile education in Mönchengladbach. The special feature of the school was that it united several departments under one roof. In addition to textile production, there was a ready-to-wear department from 1912, which was successively expanded.

The Department of Textile and Clothing Technology, which came into being with the founding of the Fachhochschule Niederrhein in 1971, combined the expertise of the former textile engineering school in Mönchengladbach – but also that of the German schools in Cologne, Bielefeld, Aachen, Wuppertal and Krefeld.

With over 2,000 students and more than 30 professors, the department is now one of Europe's largest educational institutions in the field of textiles and clothing.

This year's Master's Congress on April 23, 2021, takes up this double anniversary. It will run under the title: Now and Then - MG Creates Careers, and can be attended free of charge.

On the occasion of the Digital Master Congress, guest of honor Prof. Dr. Rolf Klinke, one of the pioneers in the founding of the university, will give an account of this time.