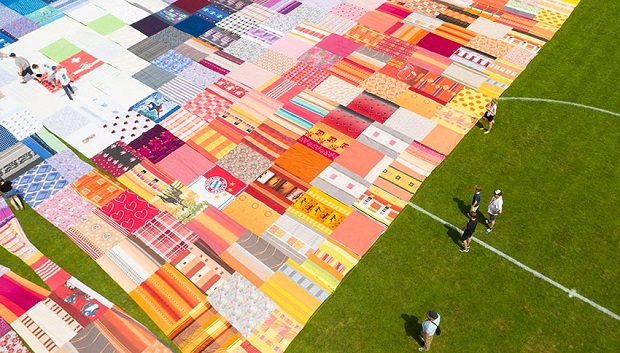 A new world record has been set at Guinness World Records using 672 bed linens: the largest bed linen mosaic in the world!

With this creation, bedding supplier Angela Bruderer AG, Winterthur/Switzerland, wanted to set a symbolic sign for cohesion on its 40th anniversary. The bed linen that customers had sent in and no longer needed was sewn together into a mosaic by hand over a period of several months.