The textile dyes market forecasts a valuation exceeding US$ 8 billion by 2031. Rapidly evolving fashion trends are stimulating demand for trendy apparel, prompting manufacturers to include new color combinations and designs, pivoting sales, and are expected to push market expansion at a CAGR of over 6% through 2031. According to the market study Textile Dyes Market by Fact.MR, Dublin/Ireland, the market posted impressive gains over the last 5 years, closing in on US$ 6 billion by the end of 2022. Annual growth rate of approx. 5% was registered during the said timeframe. Manufacturers are expected to primarily focus on Asian markets, with prominent countries such as India and China emerging as lucrative growth hubs.
India’s textiles industry is said to have contributed 7% to industry output in financial year (FY) 2018-19, with an expected valuation of over $23 billion by 2027. Likewise, China’s chemical fiber production reportedly exceeded 50 million tons, comprising over 66% of global production. Such trends are motivating prominent players to increase foray across these markets.
The market study concludes that demand for direct textile dyes is expected to remain high, reaching over $2 billion by 2031. Reactive textile dyes will experience fastest growth at approx. 7% CAGR until 2031. Dyes for viscose fibers are expected to incline at a CAGR of around 6%, while polyester textile dyes are to expand impressively, registering a CAGR of around 7%
The USA is likely to register heightened textile dye sales, reaching almost $700 million in 2031, while India, South Korea, and Australia will collectively reach slightly over $600 million by 2031. China will generate over $2 billion in revenue across the textile dyes landscape.
“Prominent manufacturers are increasingly capitalizing on organic textile dyes, attributed to rising concerns over the detrimental impacts of using synthetic chemicals, furthering expansion prospects,” says a senior analyst.
more on this subject

Demand for natural fibers is positively influencing the demand for textiles. » 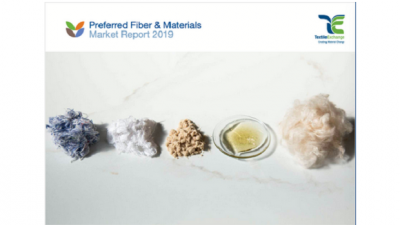