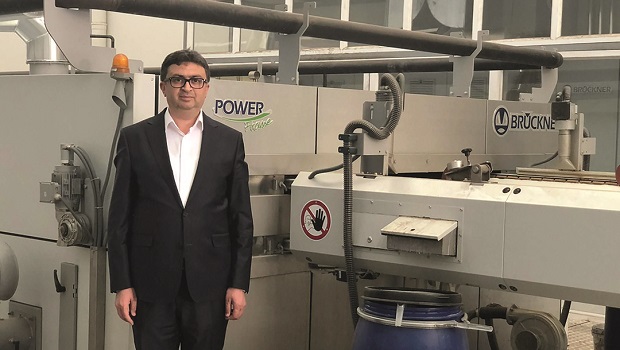 
At the end of 2020, the Elif Iplik Group expanded its production and equipment capacities in Turkey by a further 10 tons/day to around 50 tons/day. In this context, a new stenter frame from Brückner was also put into operation.
In 2017, the textile manufacturer Elif Iplik Group, Kahramanmaraş/Turkey, expanded by building its own dyeing plant and equipment. 4 stenter frames were installed. Due to the overall considerable investment volume, Elif Iplik decided on 2 stenter frames from Brückner Textile Technologies GmbH & Co. KG, Leonberg/Germany, and for 2 further stenter frames from a local manufacturer. During the last 3 years Elif Iplik had enough time to compare the Brückner machines with the other 2 local machines, especially with regard to quality, energy efficiency, user friendliness, maintenance and productivity. Despite a price difference, they now decided to buy another Brückner tensioning frame, as energy costs can be saved, more production can be run in a shorter time and a high fabric quality is achieved.

Elif Iplik is not only active in Turkey, but exports to many European countries such as Italy, France, Portugal, Spain, Poland and the UK. There are now also increasing numbers of customers in international markets such as Russia, Brazil and Argentina, as well as North African countries like Tunisia, Morocco or Algeria.