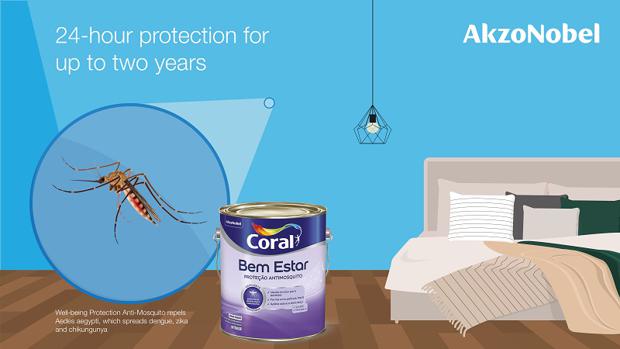 
In the fight against an invasive carrier of dengue fever, a powerful mosquito-repellent coating has been developed by AkzoNobel’s Coral brand. Known as Well-being Protection Anti-Mosquito, the colorless matt varnish contains an active ingredient called permethrin. Its repellent action is specifically designed to combat the Aedes aegypti mosquito, which was largely responsible for dengue cases in Brazil surging 165% during the first few months of 2022 (according to figures from the Brazilian Ministry of Health). As well as spreading dengue, Aedes aegypti can also transmit the zika and chikungunya virus.
When a mosquito lands on the new transparent topcoat, the permethrin is absorbed through its feet and over-excites the insect’s nervous system, causing it to disengage or fall off. Permethrin is a well-known repellent and is commonly used in fabrics for mosquito nets and protective clothing.
The effectiveness of Well-being Protection Anti-Mosquito from AkzoNobel NV, Amsterdam/Netherlands, was tested in an independent external laboratory, certified by the Brazilian Network of Analytical Laboratories in Health. All the tests took place on painted walls and ceilings in a life-size house environment and successfully proved that mosquitoes were repelled from the room after contact, with the active ingredient being retained in the varnish matrix.
Dengue is a viral infection transmitted to humans through the bite of infected mosquitoes. The extent of the public health problem is underlined by the fact that dengue, zika and chikungunya don’t have a specific treatment. Therefore, prevention is regarded as the best strategy.
Currently only available in Brazil, there are plans to make the new product available in other countries and regions.
more on this subject 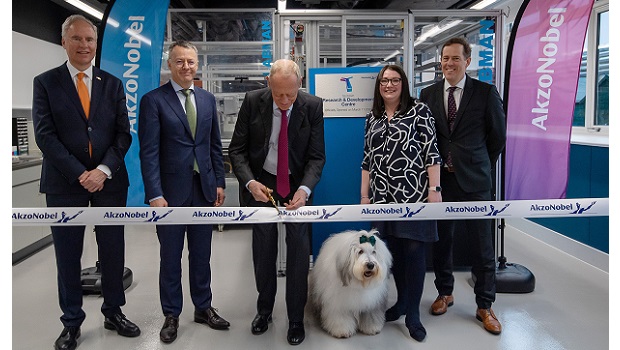 The new £10 million facility, home to 120 specialists, will act as a major hub within the company’s worldwide R&D network. » 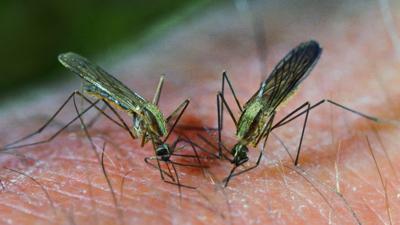 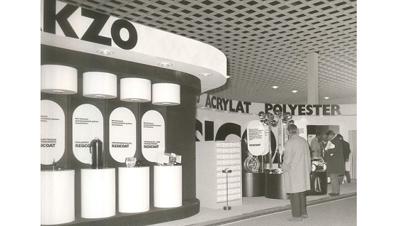 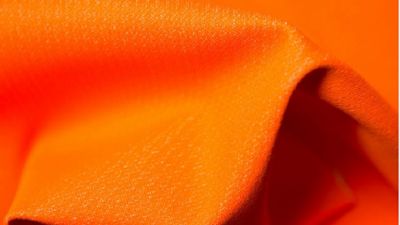