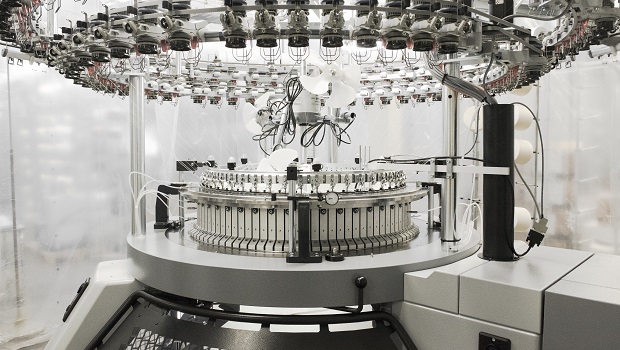 The knitting machine manufacturer Mayer & Cie. GmbH & Co. KG, Albstadt/Germany, is taking a fresh look at a proven procedure, weft knitting, and combining it with circular knitting. At the ITMA in June 2019 in Barcelona/Spain, a weft knit machine study demonstrated a new technique of manufacturing textile fabrics.