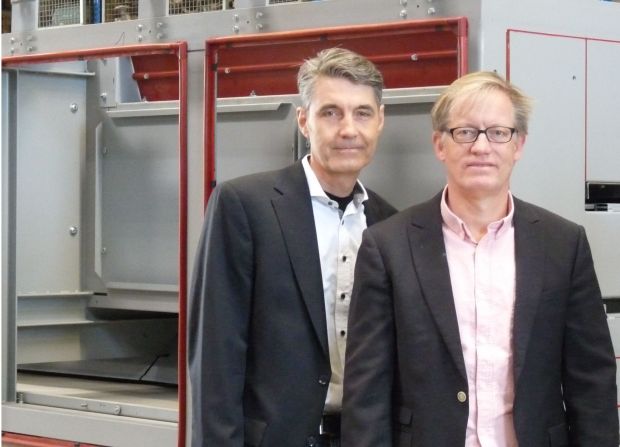 On March 4, 1994, Carsten Kalek and Dirk Polchow founded the manufacturer of textile finishing machines Interspare GmbH, Reinbek/Germany, and are celebrating their 25th anniversary this year. Beginning as a 2-man start-up, the company today has over 70 employees.

In recent years the company has transitioned from a global supplier of original spare parts to a machine manufacturer. In 2016, the business premises in Reinbek were extended, and in 2017 a new state-of-the-art assembly hall measuring 2000 m² was built for the manufacture and assembly of Artos and Krantz finishing machines. Interspare stocks over 100,000 parts in its logistics center, ensuring that customers all over the world have ready access to components and are able to keep their existing machines running. First and foremost, these include several thousand machines produced by Artos, Babcok and Krantz as well as machines from other manufacturers.
In 2019, manufacture and assembly are to be further expanded and optimized in order to better satisfy the ever-increasing demand for new textile machines. At the present time, the most important target markets are India and Bangladesh. Last year in particular, the very intensive and constructive cooperation with customers in these countries led to a number of improvements and further developments being made to the machines, and the company plans to continue this cooperation in the future.
This year Interspare will present its newest developments at the most important trade fairs, the Techtextil in Frankfurt/Germany in May and the ITMA in Barcelona/Spain in June.