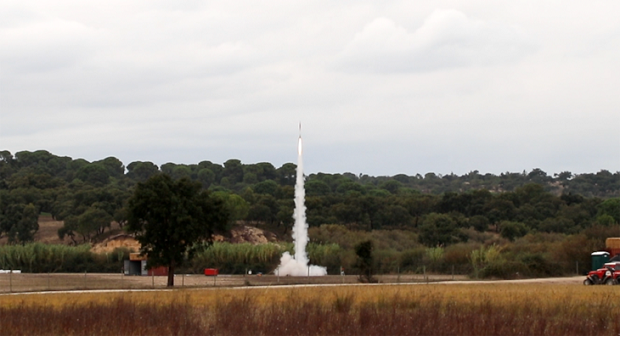 
It was organised and hosted for the first time by the Portuguese Space Agency. 11 teams took part. The Space Team Aachen with the CARL rocket was one of 4 teams able to launch a technically functional rocket before the deadline. CARL consists of a full composite body designed and developed by students from Aachen. With a payload of 2,530 g and a top speed of approx. 0.57 Mach (196 m/s), CARL reached the planned flight altitude of 1,960 m. The entire system was designed, manufactured and launched in less than a year. This was driven forward by innovative technologies from the two RWTH institutes Institute for Structural Mechanics and Lightweight Design, short SLA, and the Institut für Textiltechnik of RWTH Aachen University (ITA). The rocket body tubes and the rocket nose cone were manufactured using multi-supply filament winding technology. Tailored fiber placement was used to produce unique interchangeable fins. At the RWTH, a center for basic research on the aging of battery materials and power electronic systems is currently being established. The Science Council approved the "Center for Ageing, Reliability and Lifetime Prediction of Electrochemical and Power Electronic Systems", CARL for short, as of August 2020. (Fig: Space Team Aachen)