Cotton consumption to increase to 25.5 million tons by 2022 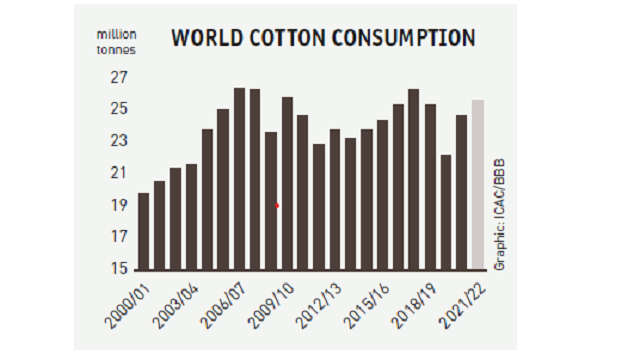 To attempt a forecast of next season’s raw cotton consumption - amid an evolving pandemic, the associated economic dislocation and some unprecedented policy responses - presents a unique challenge to the International Cotton Advisory Committee (ICAC), Washington, DC/USA. In a more stable economic environment, cotton consumption is less prone to sharp fluctuation than production. The reverse has been true, however, over the past 2 seasons, as the strong slowdown of spinning activity during the later months of 2019/20 was followed by an unexpectedly rapid recovery.

World raw cotton consumption has become increasingly concentrated in a small number of textile “powerhouses”, of which China and India are the most important. Those 2 countries account for more than half of global consumption projected for next season. If one adds the next 4 producing countries in order of magnitude, Pakistan, Turkey, Vietnam and Bangladesh, the proportion rises to nearly 82%.
Analysts appear divided, however, with regard to the economic outlook. Some anticipate a strong recovery for consumer spending, due to involuntarily savings. Others point to the business failures and unemployment that are expected once massive government subventions come to an end.
The International Monetary Fund’s latest World Economic Outlook, published in January 2021, projected global growth at 5.5% in 2021, “reflecting expectations of a vaccine-powered strengthening of activity” and 4.2% in 2022, vs. contraction of 3.5% in 2020. The initial forecast of world raw cotton consumption in 2021/22 is just over 25.5 million tons, implying growth of around 4%. That would restore the global total to a level slightly above that estimated for 2018/19, at which point spinners’ fortunes were already being adversely affected by Sino-US trade tensions.
ICAC’s forecast for 2021/22 still places world mill use below the threshold of 26 million tons that was surpassed during 2 seasons prior to the financial crisis and again in the marketing year that preceded the “tariff war”. It is also far below the peak world production of 27.6 million tons attained in 2011/12, in the aftermath of the record prices obtained the previous season. Since then, world production has failed to return to 27 million tons.

More on this subject
Baumwollbörse Bremen 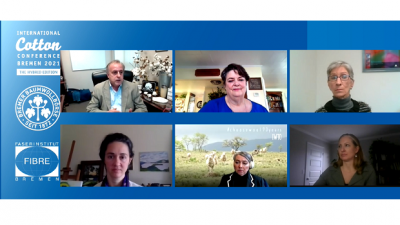 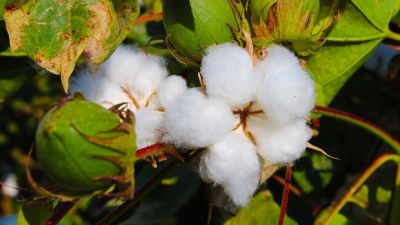 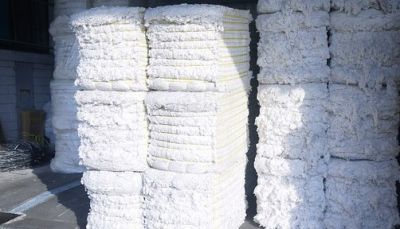