Recovery of European textile and apparel industry is uncertain 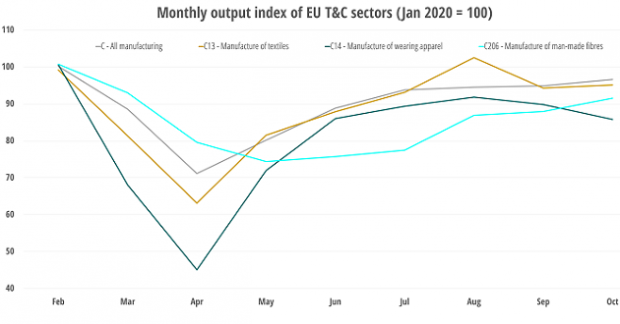 Despite some positive signals in the 3rd quarter (Q3) of 2020, the production in the European textile and clothing industry (T&C) is still negative shows the latest economic data released by the European Apparel and Textile Confederation (Euratex), Brussels/Belgium.

During Q3/2020, the EU turnover partially recovered as compared to the previous quarter, and retail sales of textiles, clothing, footwear and leather goods in specialised stores increased by 62% compared to Q2. The EU27 production experienced also a rebound compared to the previous quarter with +25% in textiles and +33% in clothing.
However, EU output reported a negative quarterly growth as compared with the same period of the previous year. The decline in the clothing industry was -15%, while for the textile, it was -7%. Spain and Italy recorded again the worst performances in textiles, with production drops reaching -16.5% on average during Q3, while Romania and Austria were severely hit in the clothing sector with respectively -25% and -31%.
Such data tells that the signs of recovery, noticed since May, are now slowing down, due most probably to the reintroduction of stricter measures in European countries. Faced with bad forecasts, Euratex, is calling the EU for an active engagement in crucial area like circular economy, digitalization and level playing field.

More on this subject
Pixabay 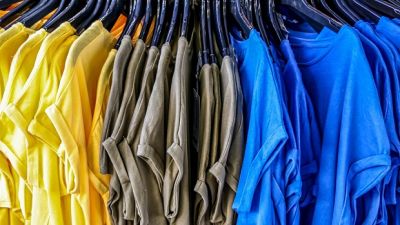 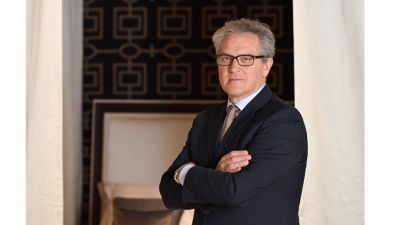 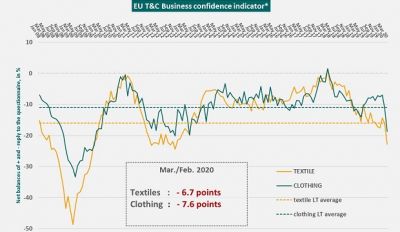