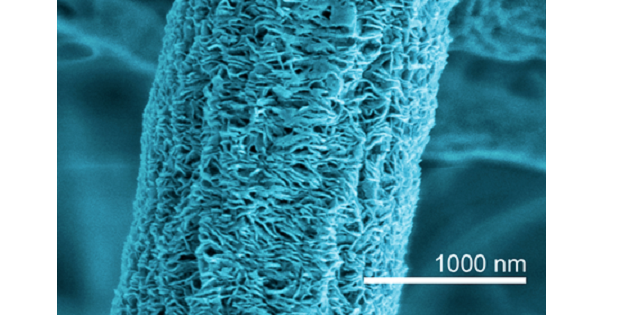 When a material becomes thicker when you pull on it, it is known as the auxetic effect. This also occurs in nature and is interesting for a variety of applications. A study by the Swiss Federal Laboratories for Materials Science and Technology, Empa, Dübendorf/Switzerland, has now shown how this material behavior can be further enhanced – and even used to treat injuries and tissue damage. The auxetic properties have also been demonstrated in membranes made of nanofibers developed specifically for this purpose.


Through electrospinning, dissolved polymers are spun as wafer-thin filaments in a form similar to the human extracellular matrix. This makes it possible to produce multi-layer membranes from nanofibers that are biocompatible and can be implanted into the human body. When the membrane was exposed to gentle tensile forces, stretching it by about 10%, instead of becoming thinner the material increased about 5-fold by volume and even 10-fold by thickness.
In addition to its use in biomedicine, the patent-pending concept can also be applied in numerous other areas. According to the researchers, membranes that can be activated by stress to release enclosed particles, adjustable filters or filling material that only expands to its final volume at the point of use, i.e. quasi "expand on demand", are potential future applications.