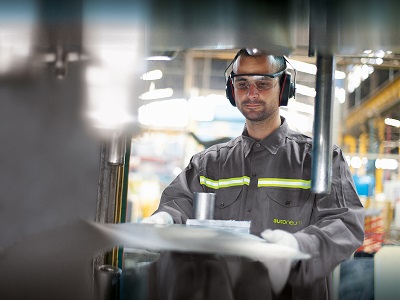 
For Business Group (BG) Europe, sales rose by 6.5 % to CHF 887.2 million, while the market slump in the USA and Canada and the associated reduction in call-offs at Autoneum led to a decline in revenue at BG North America of -4.6 % to CHF 966.3 million. BG Asia’s sales again surpassed market growth in 2017 with an increase of 14 % to CHF 235.9 million. BG SAMEA (South America, Middle East and Africa) not only continued the upward trend of the previous year, but even significantly expanded it. It recorded organic sales growth of 29.6 % to CHF 114.1 million.

In line with the “Accelerate Asia” growth strategy, Autoneum is expanding significantly in China. 4 new plants will be put into operation in the world’s largest automobile market before the end of 2018. Also, the company has further extended production capacities in San Luis Potosí/Mexico, where series production will start in summer 2018 for 2 German premium car manufacturers.

The demand for lightweight and multifunctional acoustic and thermal management components has necessitated the construction of a new plant in Europe. The facility in Komárom/Hungary will officially be opened in May 2018.