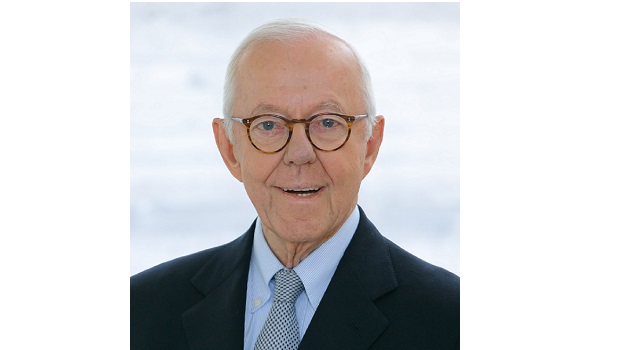 On October 31, 2021, Peter Ruß, member of the Supervisory Board of the dfv media group, celebrated his 80th birthday. In addition to publishing, Ruß is primarily involved in the fundamental financial and business management issues of the Deutscher Fachverlag and acts as the interface with the Lorch family of shareholders.
Ruß is an experienced businessman, an acknowledged financial expert and an accomplished publishing manager. The successful development of the company is closely associated with his name: For more than 5 decades, he has been committed to the dfv media group and, with his financial policy and business management, has made a significant contribution to securing the foundation of the company – the high quality and journalistic independence of dfv media.
As one of the largest independent specialist media companies in Germany and Europe, dfv media group - Deutscher Fachverlag GmbH, Frankfurt/Germany, generated sales of a good €110 million in 2020. With an equity ratio of currently 47%, the company can still invest in important future technologies such as artificial intelligence and solutions for data journalism, in in-house developments, but also in the media development of new business sectors, in spite of the corona crisis.
In addition to the textile technological trade media under the TextileTechnology umbrella brand (melliand Textilberichte, melliand International, Technische Textilien/Technical Textiles, nonwovensTRENDS, Chemical Fibers International), the dfv publishes around 80 other trade media brands, such as TextilWirtschaft, Lebensmittel Zeitung and Horizont. The media group also organizes over 100 events each year.