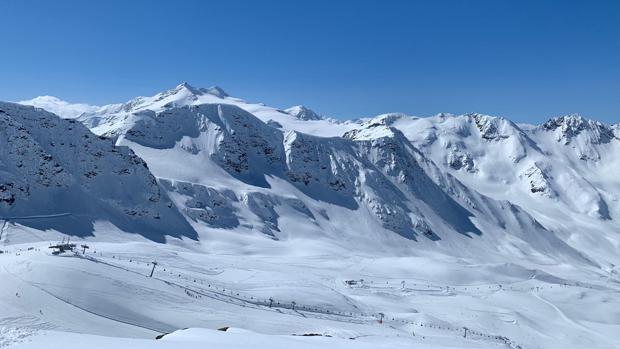 For more than a century it has been the wish of skiers to use woven mats as an artificial snow surface to allow them to practise all year round. With modern materials and weaving techniques this has now become reality. The evolution of artificial ski slopes began in 1930’s with sisal mats and today includes the use of loop pile fabrics woven with artificial fibers on state-of-the-art weaving machines. 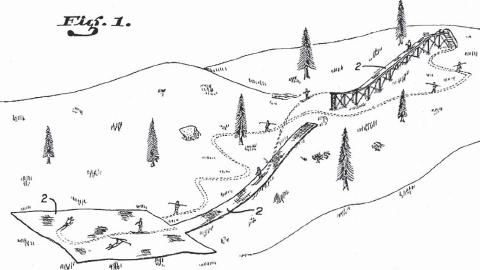 His design made use of fibers such as sisal – man-made fibers had not yet been invented. The patent describes his idea as follows:

“A woven skiing surface comprising a base and pile of fibers firmly anchored in said base, the fibers having the characteristics of sisal.”

In 1939, Heinrich Ermel applied for a patent for a moving ski slope as a sort of endless belt conveyor. It consisted of wooden slats fitted with brush bristles (Fig. 2). This patent was granted in 1941.

A problem skiers face is that they sometimes fall down, as Plate 1 correctly depicts. To protect against injury, Castberg recommends a cushioning layer of straw beneath the sisal mat. Also, pile fabrics made of natural fibers like sisal are quite abrasive, so skiers that fall could suffer brush burns. A fall on the brush surface of Ermel’s design would be even worse.

Another problem with natural fibers is that they are biodegradable and thus offer poor durability in outdoor applications. Man-made fibers would be a better option, and, if the entire mat is made of a single material, it could be easily recycled.

In 1962 Raymond L. Hall patented and improved on the idea of using cut pile fabrics made of natural fibers by using a tufted pile fabric with nylon loops on a jute backing (Fig. 3). As a bonus, he added a large mirror to the ski slope design so that skiers could observe themselves and “improve their style”.

Addressing the poor durability of natural fibers exposed to outdoor conditions, US Patent No. 3 332 828 (1967) proposes a design for artificial turf made of synthetic fiber yarns such as polyester, polyacrylonitrile, polypropylene, polyethylene or polyamide to make the artificial turf “weather resistant”.

Meanwhile woven artificial turf has become quite common, both in sports, landscaping and for domestic use. Some sports, like professional football, require high pile filled in with a soft granulate.

Other sports, like golf, require a low, dense pile. The small golf ball should roll easily in any direction. A loop pile fabric, as described in patent JP 3 761 110, is more suitable for this application.

Except for applications like professional football, this kind of artificial turf is usually made on a tufting machine: a highly productive machine, but with several limitations. 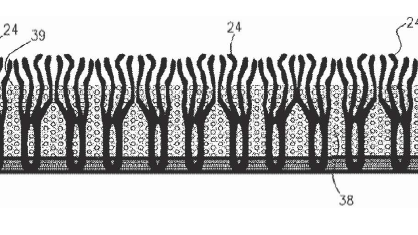 Tufted loop pile fabric is made by pushing the pile loops through a woven backing fabric. To anchor the loops in the fabric, a secondary backing is applied. This improves the pile fixation somewhat, but not enough to withstand the forces of skiing. A second problem is that such fabrics are impermeable to water, which hinders drainage. Finally, a number of different materials are incorporated, which makes the product virtually impossible to recycle.

All these problems can be solved by weaving rather than tufting the artificial snow fabric.

On the Alpha 500 weaving machine by Stäubli, loops are formed over dummy wefts, supported by low lancets, measuring between 2 and 10 mm high. These wefts are later removed on the machine. A single material can be used for all yarn threads, which makes the carpet easy to recycle. No secondary backing is required, leaving the fabric water permeable. A monofilament yarn can be used for the loops, which gives them sufficient stiffness.

By using 2 colors of pile yarn, logos and brand names can be woven into the fabric, offering a convenient opportunity for advertising.

A perfect artificial skiing surface should have the performance characteristics of real snow. Producing such a material is challenging. The pile loops must be resilient and keep an upright position, and skis should glide in every direction equally well.

Using a woven-through weave structure gives the loops better side support, and this can be further improved by using the second pile thread to support the loops.

To make the surface non-directional, the loops should not be placed in straight lines, as in conventional weaving, but for example in a “satin-4” pattern. 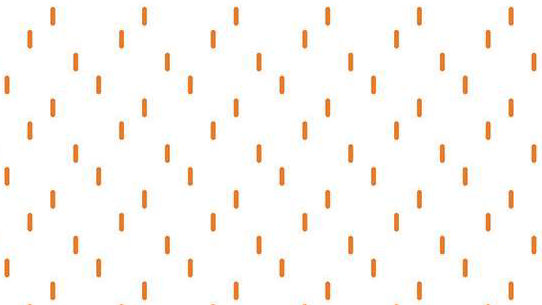 To give the loops greater side support and help them remain upright even under the load of skiing, they can be grouped together. 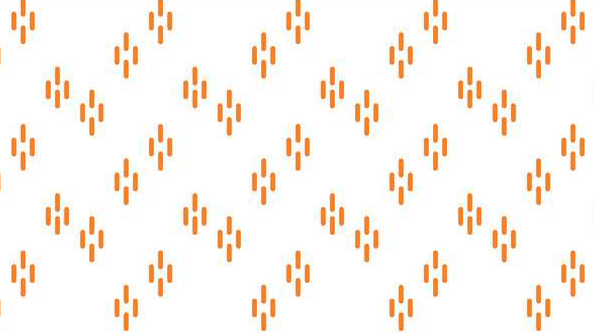 Grouped loops in a “satin-4” pattern

Every skier knows that there is nothing better than skiing on a cold, sunny day on real snow.

Artificial snow surfaces will never replace the real thing, but they do offer a practical and attractive alternative for use with ski lifts and training facilities all year round. 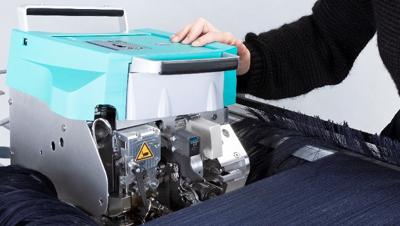 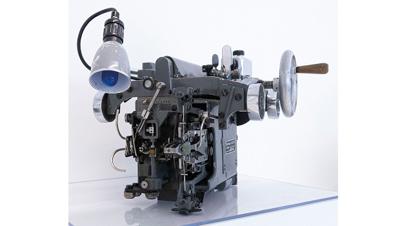 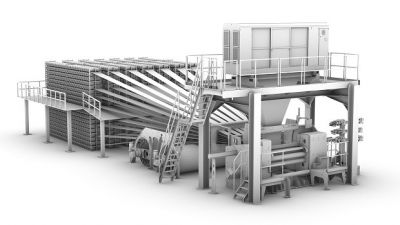