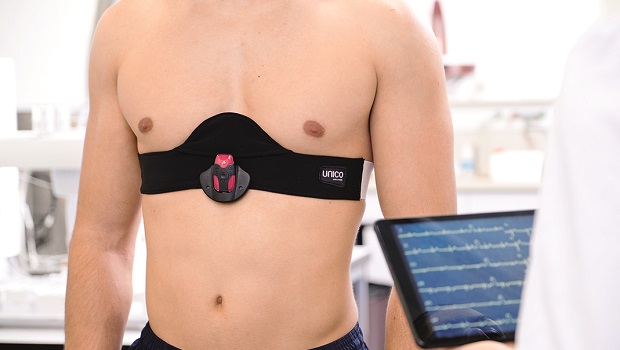 With the cardio-belt made of snug tissue and embroidered electrodes, physiologically important parameters can be measured comfortably over a longer period of time

There is more than cool looks about hip clothing for top performance: Thanks to a variety of smart technologies, high-tech clothing today is capable of analyzing body functions or actively optimizing the microclimate. The basis of these novel textiles are “smart” fibers and biocompatible composites that also contribute to innovations in biomedical research such as sensors, drug delivery systems or tissue engineering.

It is not only in summer that it can get hot during sports activities, because sport during winter also has its pitfalls. Outside it is freezing cold, and insulating clothing is a must. However, if you move around a lot, your body’s own “AC” kicks in: The skin releases liters of cooling sweat. To ensure that we do not freeze in our wet clothes during our well-earned breaks, Empa, in collaboration with industrial partners, have developed an electro-osmotic membrane, which keeps clothing (and the athlete) dry and thus warm. The Swiss high-end sportswear company KJUS has integrated the technology into a ski jacket that can be operated by a smartphone. In experiments in Empa’s climate chamber the researchers also conﬁrmed the functionality and wearing comfort of the jacket with a “pump effect”.

Avatar with a suit and tie

Whether jackets and trousers are comfortable to wear and release body heat effectively is now predictable thanks to virtual modeling. Researches from the Biomimetic Membranes and Textiles Empa-lab have developed software that takes into account fabric characteristics, the body physique and insulating air cushions between skin and clothing. Using an anatomically customizable avatar, it is possible to simulate how an item of clothing ﬁts perfectly on the body and what thermal effects it has, even when the person is moving. Thus, a design for a suit can be optimized on the avatar before it is sewn from actual fabric.

But there are also suits whose wearers have to protect themselves from extreme external conditions: The protective clothing of ﬁreﬁghters must be thermally insulating, ﬁre and waterproof as well as breathable, but at the same time neither too heavy nor inﬂexible. Insulating air cushions are, therefore, crucial. Such protective clothing can be optimized in the lab by means of anatomical manikins. In near-reality experiments, it can be found out how the insulation in a protective suit changes depending on whether the wearer is aiming the ﬁre hose at the ﬁre while kneeling or crawling on their knees through a burning building.

Movement is also the focus of a “garment” designed based on wood: Within the D-Sense project, a ﬂexible joint sensor made of nanocellulose is being developed. The 3D-printed sensor based on renewable resources is biocompatible and lies directly on the skin. It is electrically conductive because the nanocellulose “ink” is combined with silver nanowires during the 3D printing process. When worn as an insole, for example, in the sneaker of a professional athlete, the sensor measures, among other things, load, pressure and the effect of force, so that the movement of the joints can be precisely analyzed. Because of its mechanical properties, nanocellulose is particularly well suited for creating new composite materials. A multi-layer sensor is one of the projects of the Cellulose & Wood Materials lab within the ETH domain’s strategic focus area Advanced Manufacturing. The application of such a joint sensor could also be used in future in patients with joint implants in order to accompany the optimal healing process.

Other high-tech garments are also ideal for use in state-of-the-art medicine. For instance, even when we are seemingly immobile, e.g. when we sleep, numerous muscles are active: The heart beats ceaselessly, and the chest rises and falls. But how does the heart beat during sleep? And does our breathing pause, or does it ﬂow calmly and steadily through the night? Empa has developed a cardio-belt, which, thanks to embroidered electrodes, can register heart activity throughout the night. Using the Empa plasma coating facility, nanometer-thin metallic layers were applied to the threads, making them conductive, skin-friendly and washable. The ﬂexible measuring device is used, for example, for people who suffer from respiratory arrest during sleep, so-called sleep apnea. Further clinical applications of the sensor belt are currently being developed with partners from industry and the medical sector. For example, the ECG belt – complemented by sensor technology for measuring body temperature – is intended to support the diagnosis of dementia such as Alzheimer’s, since the long-term measurement of vital parameters can provide information on cognitive performance.

Together with the Université de Haute-Alsace in Mulhouse/France, Empa is also working on equipping textiles with additional sensors. In this way, the range of applications in medicine and sports, and the wear comfort can be extended even further. A piece of clothing, such as a T-shirt, will be equipped with sensors for the analysis of various health parameters. The core elements for the measurement of other parameters such as respiratory rate or oxygen saturation are optical polymer ﬁbers produced by melt spinning.

Since the micro-design of textile ﬁbers can be precisely controlled by various spinning processes, Empa is also developing membranes that resemble biological tissues. For example, polymer membranes made of highly elastic core-sheath ﬁbers are colonized with human cells so that a multi-layered, functional tissue can grow. This research is part of the Zurich Heart project, on which Empa is working together with the University of Zurich, ETH Zurich and Zurich University Hospital.
The “living” membranes are intended to line the inner surface of artiﬁcial heart pumps as “camouﬂage”, so that the body can better tolerate the device and malfunctions can be avoided. 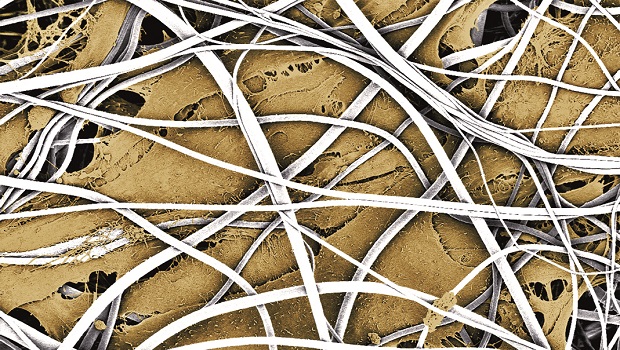 Empa
Fig. 2 In order to make heart pumps more tolerable for patients, their surface can be lined with “living” membranes. The cells (yellow) integrate into a network of electrospun ?bers (white), which results in the growth of tissue. (Colored scanning electron microscope image, magnification 2000×)

Polymer ﬁbers can also be processed into sensors to detect volatile substances in our breath. Empa uses electrospinning technology to produce multi-layered polymer membranes that are designed to “sniff out” certain gases in human breath. Volatile amines are formed during bacterial infections such as pneumonia or chronic kidney disease. The institute is now developing a highly sensitive amine sensor that will detect traces of different amines in the breath in order to diagnose diseases as early and non-invasively as possible.

Textile ﬁbers can also be used in the form of intelligent wound dressings to indicate a disturbed healing process in complex wounds at an early stage. Moreover, they can release substances such as antibiotics, painkillers or natural remedies. To ensure the dosage of these active ingredients is precise, the researchers have devised a tricky control mechanism: A slight pressure on the wound dressing or a light signal controls the release of the medication. Chemical stimuli from the patient, such as the altered pH value of a wound, can also trigger drug delivery. 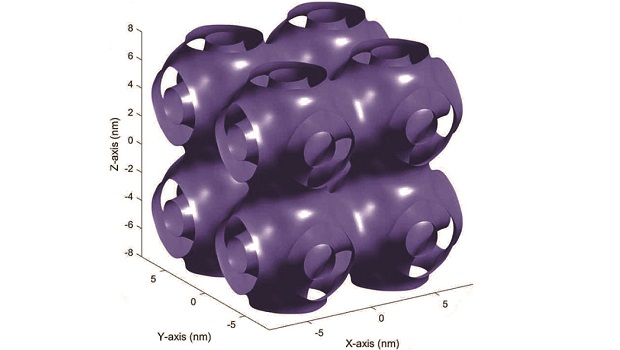 Empa
Fig. 3 Nano-cubes that resemble a cell membrane hold only the tiniest amounts of active ingredients

Amin Sadeghpour is exploring the micro- and nano-structure of our clothing even more deeply. He is constructing tiny nano-cubes that resemble a cell membrane. With a side length of around 10 nm, the cubes hold only the tiniest amounts of active ingredients. However, thanks to their construction from small tubes, it is possible to package different substances together that would normally not be mixable. This is ideal for combining several drugs or vitamins. The biocompatible cubes are grouped together in nano-bags, so-called cubosomes. In the electrospinning process, they can be attached to ﬁbers with which wound dressings or care textiles can be produced. These nano-elements, biocompatible materials and smart ﬁbers will in future be used to produce garments that not only perfectly ﬁt our avatars, but also lead to top performance in sports and medical practice.

More on this subject
Pexels 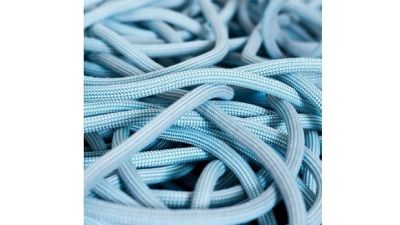 Empa
Color change as an indicator of damaged ropes
Empa 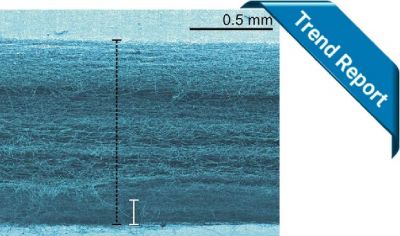 Empa
Auxetic membranes made of nanofibers for medical applications