100th anniversary and 75 years of dyeing in Leutershausen 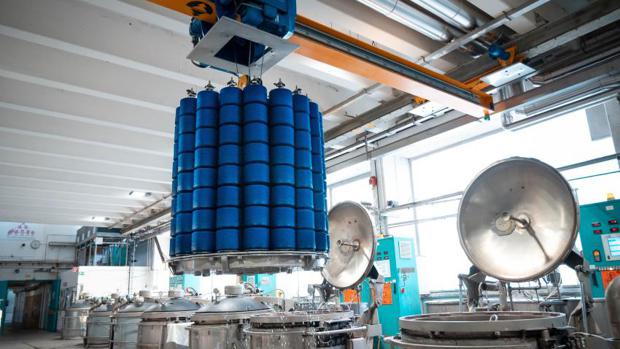 
The TVU Group was founded in 1922 under the name Groetsch Hausner & Co. in Asch in the former Sudetenland (now part of the Czech Republic). In 1943 the company was closed by the state due to World War 2. The search for a new home as well as old business customers led the Hausner family to Leutershausen/Germany. In 1947 the company H. Hausner & Sohn was founded and 2 years later the first building was erected on the present site. In 1974, for strategic reasons, it was decided to merge with the Wuppertal yarn dyer G. Wittenstein-Troost KG (Kruse family). The result was TVU Textilveredlungsunion GmbH & Co. KG, with factories in Wuppertal/Germany and Leutershausen, managed equally by the Hausner and Kruse families. 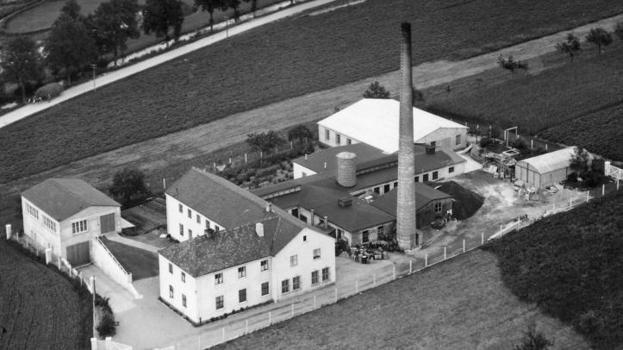 Aerial view from 1956 (Source: TVU)
With the collapse of the Italian lira in 1992, the German company was no longer competitive and drastic restructuring measures were necessary, leading to the closure of production in Wuppertal in 1996. Thanks to further investments and the newly founded TVU Garnvertrieb, the company was soon back on a profitable course.
In 2004, Hans and Gerhard Hausner took over the business shares of the Kruse family and set the course for the future. The change to a high-tech dyeing plant quickly paid off. Today, TVU sees itself as a specialist for medical and hygiene products, technical textiles such as candle wicks, special yarns, sewing threads, articles for the automotive supplier sector or even for high-performance fibers such as aramid.
Sustainable management and innovative ideas keep TVU competitive today and ensure an optimistic view for the future. In the last 2 decades, water consumption has been reduced by more than 40%. Currently, a pilot plant is paving the way for water recycling. In addition, 25% of the electricity demand is generated by the company's own photovoltaic system and heat is generated with the company's own biomass heating plant and heat recovery system.
Research projects on sustainable packaging materials led to the start of production of compostable fruit and vegetable nets in 2019.
Since July 2022, the next generation has joined the TVU Group with Christoph Hausner, son of Gerhard Hausner (Managing Director of the TVU Group). As of September 1, 2022, the previous commercial manager, Christoph Heubeck, took over the role of 2nd managing director.
This year, TVU Textilveredlungsunion GmbH celebrates its 100th anniversary, in addition to over 75 years of dyeing in Leutershausen, together with the 150 employees at the Leutershausen site. 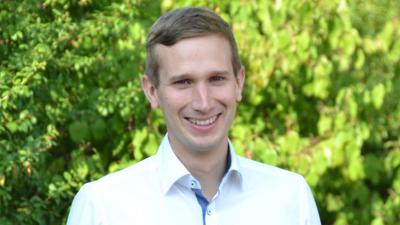 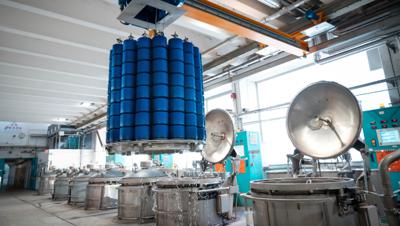 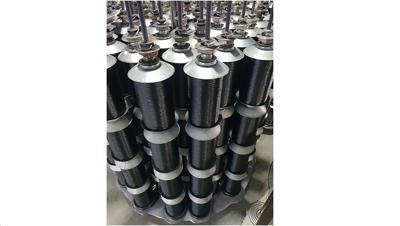