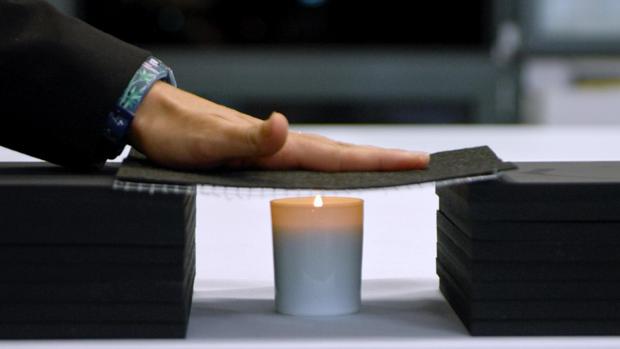 Comprised of up to 99.8 % air, aerogel is the lightest solid in the world. The material exhibits extremely low heat conductivity which exceeds other insulations many times over. This is why NASA has already been using aerogel for aerospace projects for many years. Outlast Technologies GmbH, Heidenheim/Germany, has developed an innovative process for permanently adhering large amounts of aerogel to different media, like nonwovens, felt and composites materials. Their original properties are retained throughout, so they can easily be further processed using conventional production methods. What is special here, is that the fabrics sold under the Aersulate name are only 1-3mm thick and achieve very high insulation values which are largely retained even under pressure and in moist conditions. Despite their high performance, they are still soft and can be used for shoes, clothing and work safety products, as well as for sleeping bags and technical applications. A patent for the process developed by Outlast has already been filed.
The consistency of aerogel can be best described as liquid dust particles which spread uncontrollably throughout a room within seconds thanks to their minimal thickness. This is why processing is a big challenge. With the Aersulate process it is possible to involve the adhering of aerogel between multiple layers of material. Depending on the area of application, nonwovens, felt and different composite materials can be used as the media.

As a silicate-based solid, aerogel is obtained from natural quartz sand, yet exhibits a density over 1,000 times lower than glass manufactured from the same raw material. The extraordinary thermo-insulating properties of the material are thanks to its extremely porous structure, which enables it to be composed of up to 99.8 % air. One liter of aerogel weighs just 50 g, just 10 g of the material has the same surface area as a soccer field, though. Thanks to these properties, Aersulate textiles exceed all other previously known insulation materials in terms of performance, despite the fact that they are only 1-3mm thick. Tests carried out by the German Institute for Textile and Fiber Research in Denkendorf (DITF) using the Alambeta method showed that the thermal resistance of an Aersulate nonwoven is more than double that of a conventional nonwoven of the same thickness. Add to this the fact that the thermo-insulating properties of Aersulate products remain high despite pressure and wetness, while they decrease enormously with other conventional materials like felt and polyurethane foam (PU) under these conditions.

Work safety and functional clothing
Thanks to the textile medium, thin Aersulate products are especially suitable for the shoe and clothing industry, as well as all areas of work safety. The user benefits from different properties, depending on the intended use. With a glove made of Aersulate just 1 mm thick, you can put your hand into boiling water without being scalded. The material’s extremely hydrophobic properties play quite literally into our hands here. In the case of knee patches on work and functional pants, as well as shoes and soles, on the other hand, the material properties also become relevant when compression occurs. This is because the thermo-insulation properties of other materials would be reduced little by little due to moisture from the outside and sweat from the inside on the one hand, and by the continual influence of body weight on the other.

In addition luggage and technical devices can also be protected from extreme temperatures and the effects of weather with Aersulate. For this purpose, corresponding cell phone or equipment pockets could be sewn into garments, for example, to maintain their battery life even at very cold outside temperatures and to safeguard the devices from overheating in case of high heat exposure. 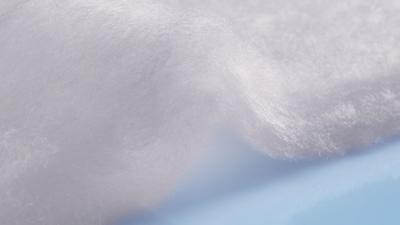 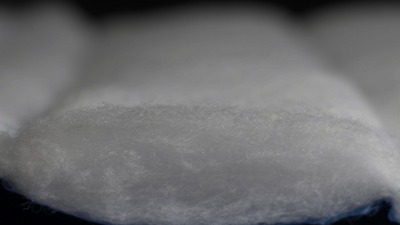 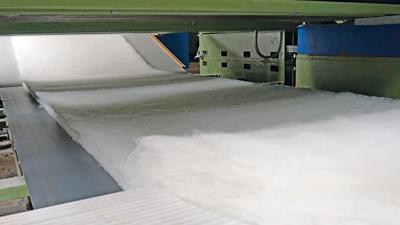