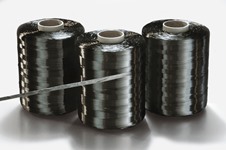 Sales in the business unit Composites – Fibers & Materials (CFM) significantly increased by 27.3 % to € 422.5 million. The sales growth was primarily due to structural effects as a result of the first-time consolidation of the Benteler SGL joint venture, which was previously accounted for At-Equity, as well as the full consolidation of the SGL Automotive Carbon Fibers (SGL ACF) joint venture, which was previously proportionally consolidated. These effects more than compensated for the sale of the interests in the formerly fully consolidated SGL Kümpers joint venture. Operationally, the increase in sales was mostly driven by the Automotive and Aerospace market segments. In the Industrial Applications and Textile Fibers market segments, sales were roughly on the prior year level, while sales with the wind industry were substantially lower than in the previous year.
Topics
SGL Carbon Wiesbaden Germany CFM