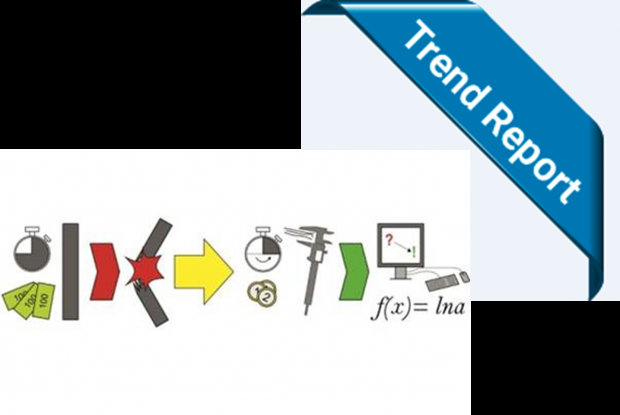 Natural fibers are a valuable material that has a long tradition of use by mankind. Compliance with emission limits and the containment of the greenhouse effect are of central importance for today's economy and society.


Natural fibers and their use can make an important contribution to the fight against global warming due to their neutral CO2 balance and the low energy expenditure for processing. Their use in technical textiles, especially with regard to composite materials, offers great potential, as the properties of natural fibers can be utilized very well in these areas. A particularly efficient and therefore inexpensive way of producing textile surfaces which can then be further processed into natural fiber reinforced plastics is the processing of nonwovens. Especially with regard to natural fibers, there are some significant advantages. Natural fibers are always staple fibers of limited length, which is necessary for the production of nonwovens in the carding process. In addition, the natural fibers can be blended directly with thermoplastic matrix material before and during the carding process, provided that these are also available as staple fibers. The blended nonwovens produced in this way can then be pressed into finished composite components using the hot pressing process. During the last years, various research projects in the field of sustainable nonwovens have been carried out at the ITA. The NatureWins research project aimed at developing bio-based composites from 100 % renewable raw materials. For implementation, thermoplastic biopolymers were combined with long natural fibers to form a sustainable composite material. The mechanical properties achieved in the manufactured components are comparable to materials frequently used in the automotive industry. As a functional demonstrator, a car seat was produced from the developed material [1]. In the EU project BioFibroCar, a material for automotive interior parts was developed, also under the condition that only renewable and environmentally friendly biopolymers are used. For this purpose, new functionalized yarns made of biopolymers were developed and produced. Furthermore, new compounds made of polylactic acid (PLA) with improved properties were developed for use in automotive interiors. Additives with antimicrobial effects as well as odor inhibiting additives were used. The properties of the produced PLA composite material were benchmarked against a comparable polyester (PET) material. Both the strength and the tensile strength of the PLA could be increased by 20 % compared to the PET. In addition, the modulus of elasticity was 150 % higher, while achieving the same air permeability [2]. A different approach was pursued in the Cornet research project BioSRPC. Here too, sustainable and bio-based composites with fiber reinforcement were the target. The approach, however, was to develop a bio-based polymer with self-reinforcement. 2 types of PLA are needed to produce self-reinforced composites: one type with a low melting temperature to form the matrix and one type with high stiffness and a higher melting temperature for the reinforcing fibers. Besides nonwovens, various other textile surfaces were also created from the material. Suitcases and trays were produced as demonstration objects to show the capabilities of the material [3]. Also within the System4Green project, a knowledge-based method has been developed, with the participation of the ITA, to replace conventional components with materials from 100 % renewable resources. The method was developed primarily for composite materials. Besides the substitution of conventional materials by renewable materials, the method can drastically reduce the development time of products made from renewable materials for manufacturers [4]. Despite promising developments in the field of renewable raw materials, they are still not used to the extent that would be possible in principle. Fluctuations in the property profile make it more difficult to meet quality requirements. The fluctuations are due to different fiber types, growing areas, climatic conditions and growing years. Currently, the mechanical properties of natural fiber composites (NFC) components are usually determined by means of complex destructive component tests. Based on the results the component design is iteratively adapted to the requirements. This procedure represents a major hurdle for small and medium-sized enterprises (SMEs) in particular to enter the NFC market. One possible approach to solve this problem is to develop a model which allows the calculation of the realizable properties of components made from natural fiber composites. The model should be able to determine the properties of the resulting parts, based on the properties of the natural fibers used, which can be determined quickly and cheaply. As a possible approach for the model that has to be developed, the calculation model according to Cox and Krenchel can be used as a basis. Under certain conditions a strongly modified Cox-Krenchel model can be used for the calculation of tensile strength and the moduli of elasticity of NFC. The equation of the Cox-Krenchel method is: 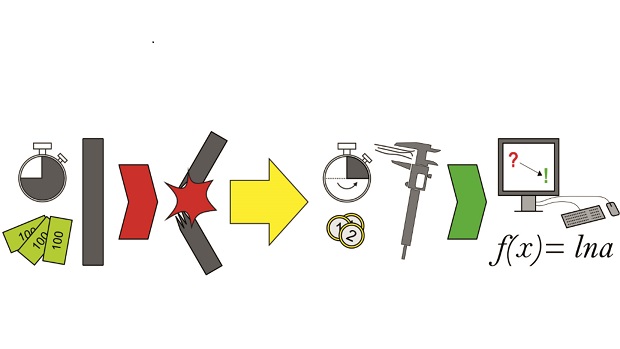 
The equation includes the length of the individual fibers in addition to the moduli of elasticity. This also takes into account the effective transmission of the shear forces in the component (Shear-Lag-Theory). In addition, Krenchel gives an extension of the Shear-Lag-Theory with which the fiber orientation can be included in the calculation. The equation can also be used to calculate the (tensile) strength of a component by replacing the moduli of elasticity with the (tensile) strengths. Studies have shown that sufficiently accurate results can be obtained. However, the material constants used are based on experimentally determined values and estimates using micrographs that are difficult to produce. The determination of these characteristic values must be repeated for each material combination and when the process parameters change [5, 6]. For a simple applicability and thus broader use of such a model, it is necessary to extend the model in such a way that the realizable component properties of NFC components can be calculated with sufficient accuracy on the basis of easily determined material properties. In areas in which an investigation of the substitution of other materials by NFC has not been considered at all up to now, due to reasons like complex design, an assessment of the feasibility can easily be given with an application-friendly design tool. Since resource efficiency and recycling will play an increasingly important role in the design of new products in the coming years, it is very likely that the share of NFCs in the composite market will continue to increase.