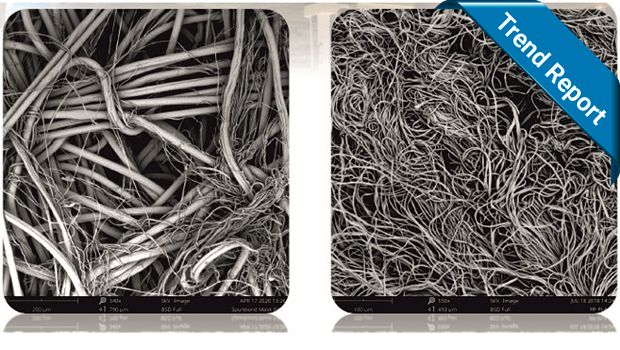 The way the entire nonwovens supply chain has been galvanized at every level by the need for face masks and other PPE articles in 2020 has been well documented. However, one development by the Nonwovens Institute (NWI) at North Carolina State University, Raleigh, NC/USA, with assistance from a number of companies, may turn out to be more widely significant in the longer term.

A new bicomponent (bico) spunbond material that can serve as an effective N95 face mask filter without the need for a meltblown filtration layer has been developed by the NWI, with partners including ExxonMobil Chemical Co., Spring, TX/USA, and NatureWorks LLC, Minnetonka, MN/USA.
This innovation has already received the 2020 RISE conference Innovation Award from INDA, the North American sister-organization of Edana, owners of Index nonwovens trade fair.
The development was in response to the immediate and pressing need for meltblown nonwovens earlier in 2020, when shortages earned them the epithet “the Golden Fleece of Fabrics” and they became the source of sometimes fierce international trade disputes.

The new development arose from reactivated work on microfibrillation which was initially undertaken for the filter industry.
N95 efficiency can be achieved with just 2 layers of the new spunbond nonwovens and there are a number of other benefits. In short, it cuts out the need for a meltblown layer which has been such a huge block in the supply chain for face masks during the pandemic.
The spunbond nonwovens also require no electrostatic charging, which has been another bottleneck in the production of face masks, and because the materials are strong – unlike classic meltblown materials – they can also be cut and sewn by traditional techniques. Furthermore, they have the potential to be re-used a number of times after cleaning.

In terms of productivity, spunbonding is also much faster than meltblowing. On the latest state-of-the-art Reifenhäuser Reicofil 5 lines, for example, throughput for spunbond fabrics is now up to 270 kg/m of beam width, compared to 70 kg/m width for meltblown.
The material can also be based on bicomponents of Ingeo PLA biopolymer and polypropylene. NatureWorks has been an active partner in the development, donating significant amounts of its Ingeo PLA, which improves the productivity of the spunbond process by at least 30%.

More on this subject
Autefa Solutions 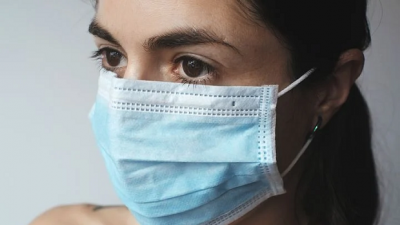 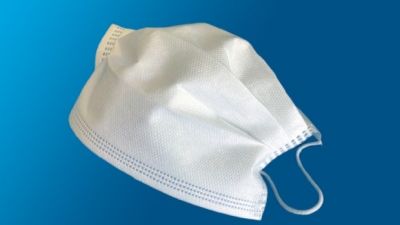