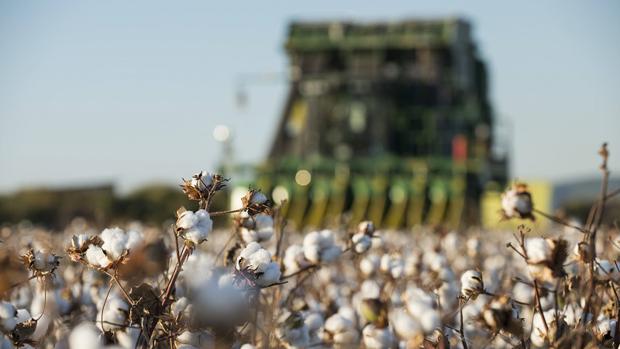 Many potentials in cotton cultivation are already known in research but are often not used by producers. A literature review therefore summarizes potentials in cultivation in terms of irrigation and an environmentally friendly pre-treatment of the seeds. This paper addresses the challenge of knowledge transfer and be the first step of appropriate communication of latest findings.

In order to meet the increasing demand for textile fibers, artificial irrigation is an effective tool in the farming industry. Due to climate change and the increasing water demand of the industry, the available water resources have decreased [1]. Therefore, measures need to be found whereby water consumption in cotton cultivation can be reduced and water use efficiency (WUE) can be increased. In order for cotton cultivation to be productive as climate change progresses, a literature review was conducted to gather potential yields in cotton cultivation. For this purpose, multi-year trials were considered, which were carried out in semi-arid growing areas in Burkina Faso and India. It was found that magnetic field treatment of seeds before sowing has positive effects on harvest. The research shows that coordinated drip irrigation methods increase yields while saving water. Irrigating the plants by alternating furrow irrigation gave the best results with a combination of good-quality and poor-quality irrigation water. Due to different soil conditions, used cotton species as well as other biological parameters, it is difficult to name generally valid measures. In addition, economical and better distribution of pesticides is possible.
Challenges
According to the Intergovernmental Panel on Climate Change (IPCC), climate change will cause both temperatures and heavy rainfall events as well as droughts to increase in West African countries such as in Burkina Faso. Temperatures and heavy rainfall events will also increase in South Asian countries such as in India [2]. These weather changes pose major challenges for cotton cultivation, especially in growing regions with a semi-arid climate. This is characterized by long dry seasons and short rainfall periods. Prolonged droughts and high temperatures can cause water resources to diminish or be replenished only slowly and incompletely. However, cotton has high water requirements and the soil around the plant must be kept moist during the growing season as well as after blooming and during fiber elongation [3]. At the same time, it is important to ensure that there is minimal rainfall during the blooming period. This can lead to quality losses during the final growth phase because the cotton fibers become soaked with water and rot [4]. Therefore, irrigation should always be underground or near the ground.

Solution
A literature review was conducted to take a look at multi-year trials to find out the advantages and disadvantages of each type of irrigation. Different types of irrigation were compared under different water qualities.
As a representative example, in the study of Thind et al. a basin irrigation was compared with each and alternate (every second furrow irrigated) furrow irrigation in a field trial in India. In all experiments the salinity of the soil and water is given by the electrical conductivity in dezisiemens/meter (dS/m). All 3 irrigation types were used with good-quality canal water and poor-quality tube well water (2.34 dS/m). If the value for the electrical conductivity is higher, the salt content in the soil or water is higher since salt improves the electrical conductivity. In addition, irrigation was done with a combination of water qualities by irrigating with canal water before seeding and well water after seeding. Fertilizer treatment was the same in all trials [1].
Drip irrigation was compared with furrow irrigation in a field trial in India by Rajak et al. The experiment was conducted on 4 soils with different salinity levels. The soil of the lowest salinity block had a salinity of 8 dS/m. The 2nd block had a salinity of 9.1 dS/m, the 3rd 10.4 dS/m, and the 4th 15.1 dS/m. The drip irrigation water (2.20 dS/m) also had a salinity approx. 10 times that of the furrow irrigation water (0.25 dS/m). Both irrigation types were used under 4 irrigation levels. Water amounts of 0.8, 1.0, 1.2 and 1.4 times the evapotranspiration were applied to the fields [6].
Also considered was an experiment in which seeds were exposed to a magnetic field for eighter 15 or 30 minutes before sowing by Bilalis et al. As a control, all measurements were also made with seeds that were not exposed to the magnetic field. The magnetic field had the following parameters:
-    energy: 35-80 J/pulse
-    wave duration: 10 µs
-    wave power: 35-80 W
-    frequency: 3 Hz
Among other parameters, the transpiration rate and the photosynthesis rate were measured, as well as the accumulation of nutrients in the plant. The measurements took place 25, 35 and 45 days after sowing (DAS) [8].
Results
The comparison between basin and furrow irrigation shows that canal water under basin irrigation leads to the highest mean yield of 1695 kg/ha but the worst water use efficiency of 0.182 kg/m3. To save the good quality canal water, alternate furrow irrigation should be applied. Alternate furrow irrigation also achieves the lowest soil salinity of 0.136 dS/m for canal water. If low quality well water is used, the highest WUE of 0.147 kg/m3 can be achieved with each furrow irrigation. Combined irrigation with both water qualities resulted in lower soil salinity and in better overall water use efficiencies than irrigation with well water. When alternate furrow irrigation is used with the combined water qualities, higher WUE can be achieved than with all irrigation under well water and basin irrigation under canal water. The pH values increased only slightly from the initial value of pH 8.46 and were only slightly affected by the different water qualities [1].
The comparison between drip and furrow irrigation shows that high soil salinity results in higher yield losses. Compared to the block with the lowest salinity, the yield reduction in the 2nd block was 13%, in the 3rd block 22% and in the 4th block 56%, under drip irrigation. Under furrow irrigation they were even higher and were comparatively 13, 32 and 66%. However, drip irrigation allows higher yields than furrow irrigation even at high soil salinity, although the water in drip irrigation has 10 times higher salinity. Plant height and boll counts are also higher with drip irrigation than with furrow irrigation. Furthermore, drip irrigation provides a decrease in soil salinity when the original soil salinity was high [6].
Pre-sowing seed treatment has already produced positive effects in wheat and pea cultivation. These positive effects can also be seen in cotton cultivation. Compared to the rates of the control seeds, the transpiration rates of the seeds are the highest after a 15 min. treatment with the magnetic field. Photosynthetic rates were highest for both the 15 min. and 30 min. treatments. Nitrogen content was highest for the 30 min. treatment, as were phosphorus, calcium, and magnesium content. Only for the potassium content, the 15 min. treatment gives the highest values [8].
Evaluation
The field trials considered all took place in semi-arid growing regions. Thus, the results can only be recorded for this climate. However, it should be noted that parameters such as soil texture, soil quality, cotton variety used, duration of irrigation, etc. were not the same. Therefore, producers must make their own adjustments in their fields in order to achieve optimal results. In the 3 trials observed, it was found, among other things, that the combined use of good-quality and poor-quality water in alternate furrow irrigation achieved better WUE than all irrigation in poor quality water and basin irrigation in good quality water. It was also found that drip irrigation achieved lower losses on soils with high salinity than furrow irrigation, even though the water in drip irrigation had higher salinity. The pre-treatment of the seeds showed that the photosynthetic rate as well as the transpiration rate increased and higher accumulations of nitrogen, phosphor, calcium, magnesium and potassium were present in the plant.

Outlook
The results are predominantly concerned with yield potential and water use. The extent to which adoption of furrow irrigation and drip irrigation is financially worthwhile for producers needs to be investigated in further research. It is also necessary to investigate whether a different irrigation method or pre-treatment of the cotton affects the quality of the cotton. How the use of genetically modified cotton affects harvesting and water and pesticide use also needs to be studied. In addition, research should be conducted into how organic farming methods and the introduction of crop rotation can produce a more environmentally friendly cotton production. 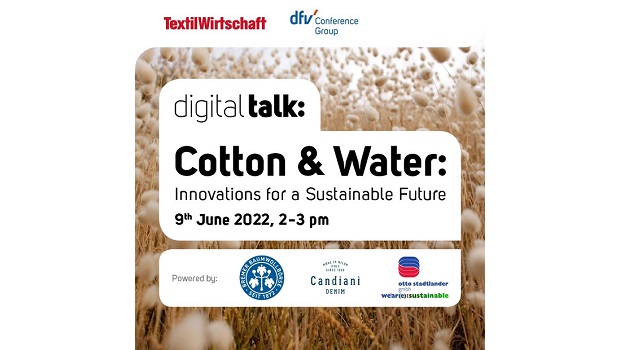 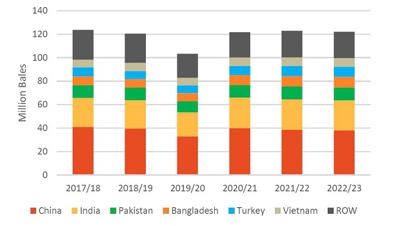 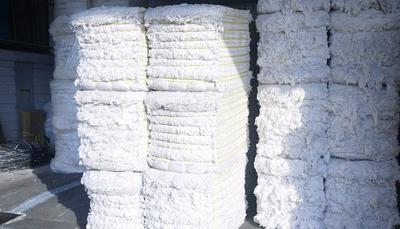 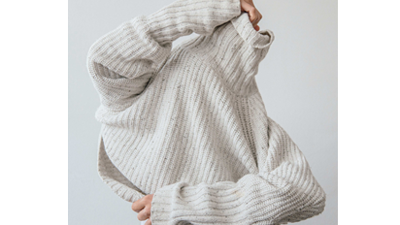