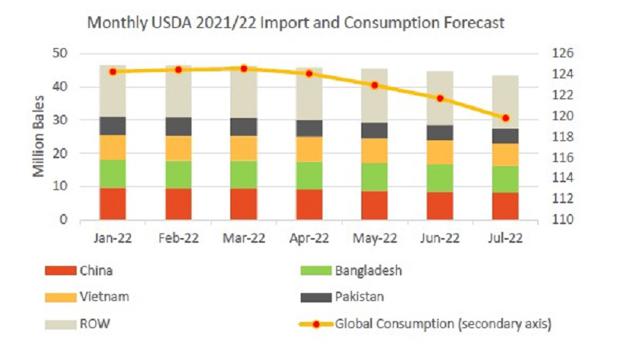 
According to a report from the United States Department of Agriculture (USDA), Washington, DC/USA, global 2012/22 trade and consumption of cotton are down once again for July 2022. Imports are lowered for the 7th consecutive month and consumption is lowered for the 4th consecutive month, especially for top cotton consumers including China, Pakistan, Vietnam, and Bangladesh. Prospects for the world’s largest importing country, China, have declined notably since the start of the calendar year.
Global production is lowered 725,000 bales from June 2022 due primarily to a decline in Brazil. Global use is down 1.9 million bales, and ending stocks are up over 1.0 million bales. Global trade is down with a 1.3-million-bale drop in imports and 1.2-million-bale drop in exports. Notable decreases in imports are seen in Bangladesh, China, India, and Vietnam; exports are down from Australia, India, Mali, and the USA. Global imports are expected to rebound next year owing to an increase in exportable supplies though use will remain flat.
Lower global consumption prospects can be attributed to a combination of factors including the recent price rally of cotton, high container rates and limited supply, and rising inflation and interest rates globally, including the Federal Reserve’s recent actions. Lower production, late crops, logistical delays, and stalled negotiations related to late shipments are also impeding global trade.
Major exporters including India and Australia are dealing with these issues in the current marketing year, with India production down and therefore having less supplies available to ship, and Australia’s crop being later than expected and delaying shipments.
more on this subject 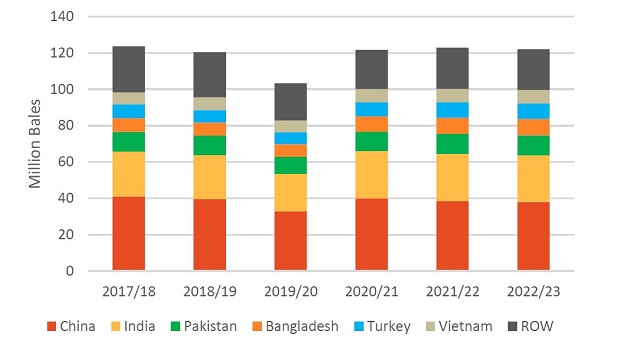 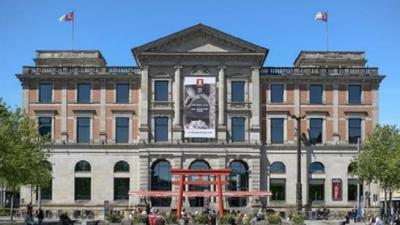 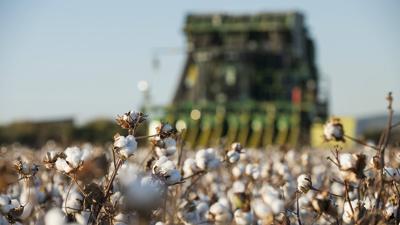 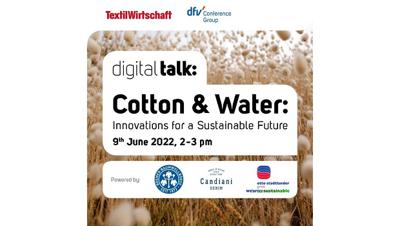