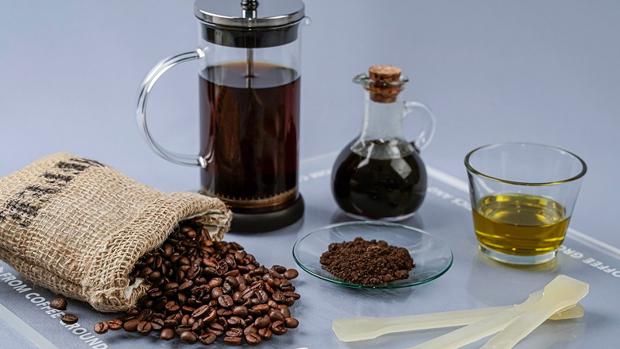 
At the K Fair 2022, the leading international trade fair for plastics and rubber which takes place in Düsseldorf/Germany from October 19-26, 2022, Fraunhofer UMSICHT will present bio-based and circular plastics. These consist of valuable chemical intermediates from coffee grounds, a film material based on thermoplastic polyurethanes (TPU), PLA compounds for technical components and biodegradable mulch films.
In the “InKa” project, for example, researchers at the Fraunhofer Institute for Environmental, Safety and Energy Technology UMSICHT, Oberhausen/Germany, are extracting a valuable chemical intermediate product from the inedible coffee oil, which is used in the production of additives for plastics. They are also trying to use the de-oiled coffee grounds as an alternative raw material for the paper and cardboard industry. A special challenge in the project is the scale-up of the process steps from laboratory to industrial production. The targeted process as a whole is highly innovative and makes an important contribution to the use of bio-based raw materials in the bioeconomy. On a laboratory scale, it can already be seen that the concept works, and it was possible to test the additives developed in new material formulations.
The development of a film material based on thermoplastic polyurethanes (TPU) and X-ray detectable additives was the goal of the “DetekTPU” project. In food production, it is common to wear disposable protective clothing in order to comply with safety and hygiene regulations. Besides a large amount of plastic waste, there is also the problem that parts of the protective clothing can end up in the food and are not detected there. The material developed is to be used for reusable protective clothing that can be reliably detected by X-ray. This is a previously unsolved challenge for thin plastic films.
Technical components with increased fire risk, for example in the electronics industry, require flame-retardant, heat-resistant and impact-resistant plastics. A large proportion of these are produced on the basis of petroleum, the reserves of which are limited. However, bioplastics often do not yet fully achieve the property level of conventional engineering plastics demanded by the market. The limits lie in particular in fire behavior, sufficient temperature resistance or impact strength. This is where “TechPLAstic” comes in: PLA compounds for durable products are developed close to the application and the market – taking into account the respective requirements and costs. The application focus is initially on technical products in the electronics and construction sector, such as lights or switches and buttons in building technology.
Biodegradable plastics are useful in environmental applications where a recycling process is not possible or would be too costly. Examples of this are geotextiles or mulch films. Fraunhofer UMSICHT is researching plastics with adapted degradability that fulfil the desired properties during their service life. In order to investigate and evaluate the changes in the properties of plastics during ageing due to environmental influences, the researchers in the laboratory set the conditions as close to the application as possible. Depending on the product, different substrates (compost, soil, water), different temperatures and UV light can be used.
more on this subject 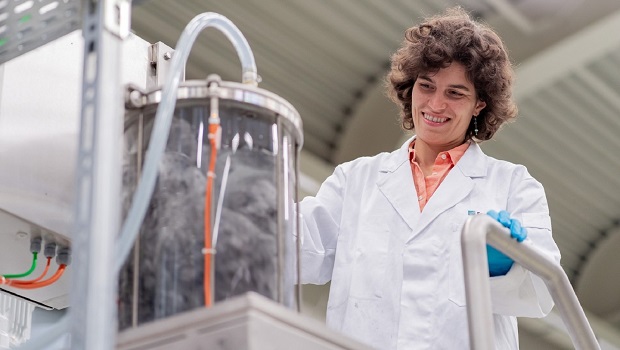 Along the process chain and at the end of the use phase, various types of waste are generated that should be recycled. » 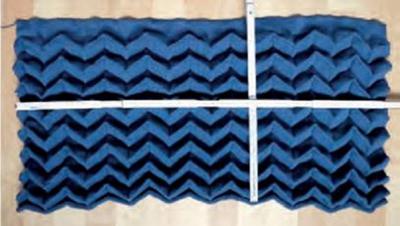 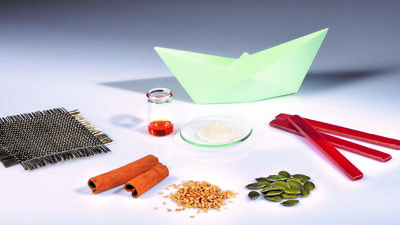 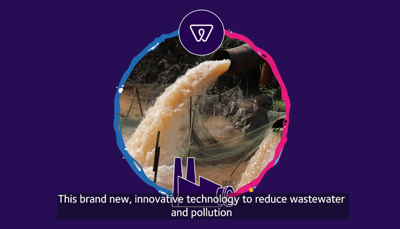