Investment of €762 million in carbon fiber 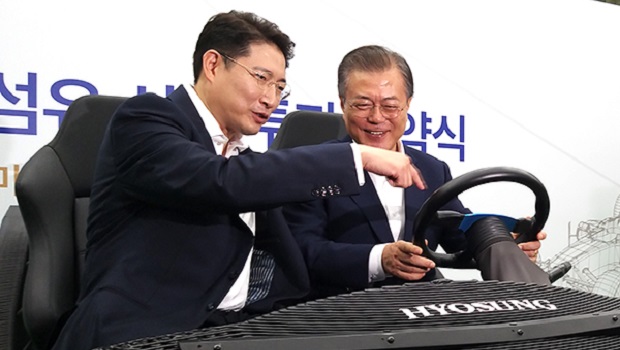 
With the first expansion underway, the company plans to complete a carbon fiber plant with an annual capacity of 2,000 tons in January 2020 and begin full-scale production in February. Employment is also expected to increase significantly from the current 400 to more than 2,300 new jobs by 2028.
Carbon fiber is used in applications from internal and external materials for automobiles and building reinforcements to sports and leisure sectors and advanced future industries such as space aviation. Carbon fiber has a quarter of the weight of steel but is 10 times stronger and 7 times more elastic.
The government of South Korea’s roadmap to revitalize the hydrogen economy states that it will use hydrogen as its future growth engine. Hydrogen cars are gaining attention as future eco-friendly vehicles that reduce carbon dioxide emissions thanks to their lightweight. Carbon fiber is a key material for hydrogen vehicle's fuel tanks and is essential for the safe storage, transportation and utilization of hydrogen energy. To this end, the company plans to expand the number of hydrogen cars from around 1,800 in 2018 to about 81,000 by 2022 and around 6.2 million by 2040.
The carbon fiber market for hydrogen fuel tanks is expected to grow more than 120-fold by 2030.

More on this subject
Hyosung